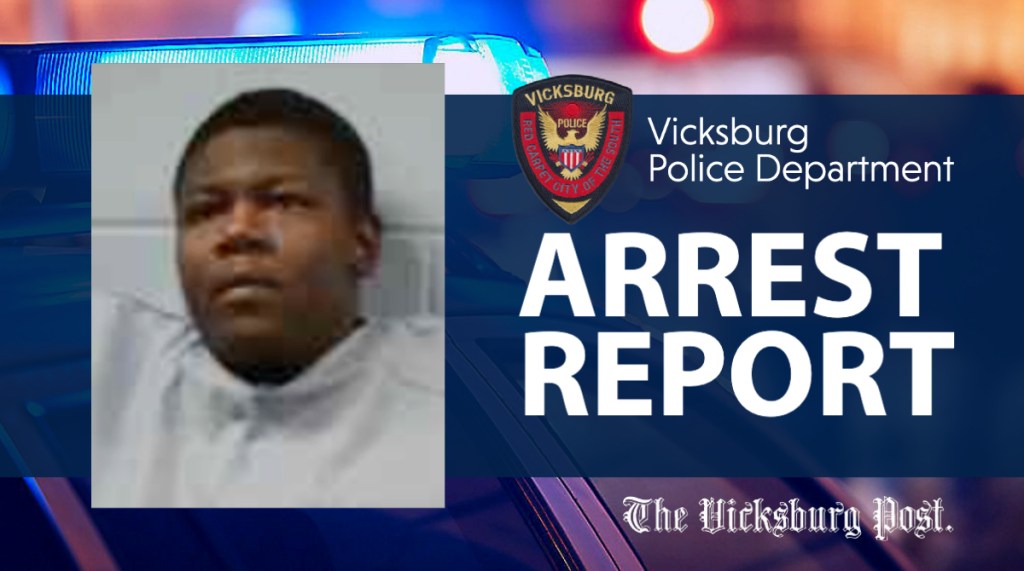 A Vicksburg man was arrested early Christmas Eve after a traffic stop conducted by the Vicksburg Police Department went awry.

George Moore, 25,  was arrested around 1 a.m. on Dec. 24 after he attempted to flee on foot from a traffic stop on Washington Street. He was found to be in possession of two handguns, marijuana and cocaine.

Moore was charged with possession of a firearm by a convicted felon and possession of a controlled substance. He is being held without bond until he makes an initial appearance in Vicksburg Municipal Court on Wednesday.