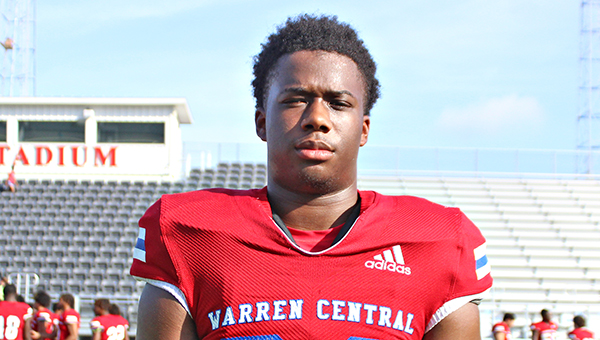 Ten players scored — none had more than seven points — and the Vikings used a gritty defensive effort to beat Lanier 43-40 in overtime on Wednesday.

“We missed too many layups, but for the most part they stuck with the game plan. They dug deep and made plays when they had to,” Warren Central coach Keith Williams said.

The game was tied at 39 at the end of regulation, and then Warren Central held Lanier to a single free throw in overtime.
Larry Reynolds led the Vikings with seven points. Padre Gray, Jonathan Henderson and Deonta Segrest scored six apiece. Six others had either two or four points.

“We were gassed and they were gassed,” Williams said of the low-scoring overtime period.

WC will play its next game on Jan. 3, vs. Clinton at home at Warren Central Junior High. The girls’ game has been canceled, and the boys will play a junior varsity-varsity doubleheader beginning at 5 p.m.

Warren Central only has two seniors on its roster, and a number of players are just now getting back in basketball shape after playing with the football team until mid-November.

Considering the youth and lack of a full roster for most of the first two months of the season, Williams said he wasn’t too discouraged by the Vikings’ record heading into the start of the Region 6-6A schedule next week.

Warren Central’s region opener is Jan. 6, at home vs. Pearl.

Vicksburg 72, Tipton-Rosemark Academy 37
The Vicksburg Gators’ holiday trip to Tennessee got off to a rousing start.

Davian Williams finished with 21 points, while Tyler Henderson added 13 and Jaylin Jackson 11 in an easy win over Tipton-Rosemark Academy at the LA Realty Holiday Tournament on Wednesday.

The Gators outscored Tipton-Rosemark 21-8 in the second quarter to blow the game open. Henderson and Williams combined for 11 points in the period to put the Gators ahead 35-15 at halftime.

Jackson and Williams made two 3-pointers apiece in the third quarter to push the lead to 57-33.

Vicksburg (14-2) advanced to the winners’ bracket of the eight-team tournament being played in Milan, Tennessee. It will face Union City (4-7) on Thursday at 4:45 p.m.

The championship and consolation games are on Friday.

Girls
Vicksburg 66, Brighton (Tenn.) 28
JaNa Colenburg made six 3-pointers and finished with a game-high 18 points to lead Vicksburg to an easy win over Brighton in its opener at the LA Realty Holiday Tournament in Milan, Tennessee on Wednesday.

Janiah Caples added 17 points and four steals, and Rodrianna Hall scored eight points for the Missy Gators (13-4). Layla Carter only had five points, but six steals to go with them.

Vicksburg will play tournament host Milan High School in its final game in the tournament Thursday at 11:30 a.m.