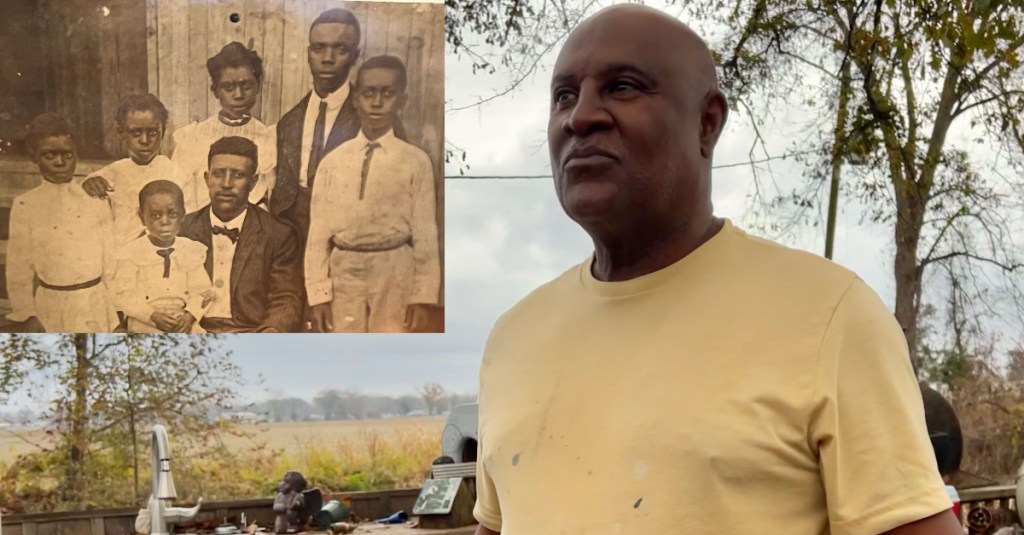 Holly Bluff resident Thomas Jones looks over his back porch onto a portion of land that’s been in his family for more than 100 years. (Photo by Anna Guizerix | The Vicksburg Post) INSET: Thomas Jones' grandparents, and his father sitting on his grandfather's lap.

The latest episode of Voices of the Floods, a podcast by The Vicksburg Post, features Thomas Jones, who lives in the Holly Bluff community in the South Mississippi Delta.

Jones’ father sold more than half of the family farm to the United States government in the 1950s, on the promise that digging a canal through it would help mitigate flooding in the South Delta as part of what is now known as the Yazoo Backwater Pumps Project.

Now, almost 70 years later, the family is still waiting for the sale of that land to mean something. Jones has lived through three floods himself, and his late father, born in 1901, lived through the 1927 flood.