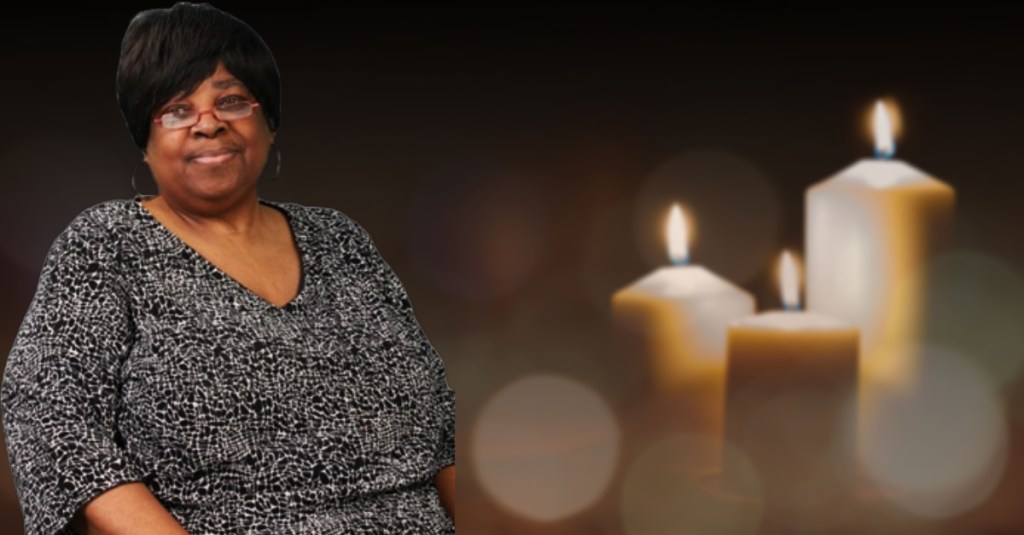 Ask city officials and the people who knew her about Walterine Langford, and they will give a number of adjectives to describe her: professional, loving wife and mother, caring, selfless.

Langford, who wore many hats in Vicksburg city government, serving as a city attorney, human resources director, judge and for a short period police chief, worked with the city from 1997 until 2020, when she retired. She died on Nov. 15.

Ward 1 Alderman Michael Mayfield said he knew Langford before his election to the Board of Mayor and Aldermen.

“I always held her to the highest esteem because of the seriousness of how she handled her job, whether she was acting board attorney or she was city judge or human resources, she was as thorough as they come,” Mayfield said.

One thing he liked about Langford, he said, “Was that she didn’t mind telling you ‘no;’ she told me ‘no’ on several occasions. I admired that.

“She was a very caring person; if you didn’t like her, it was your fault, not hers,” he added. “She was going to take care of her business; she had an open heart and she did a whole lot of things folks didn’t know about trying to help people get back on their feet. I was very pleased that I was allowed to work with her and get to know her as an attorney, as a judge and as human resources director.”

A native of Jackson, Langford graduated from Murrah High School with honors and with honors from Tougaloo College in Jackson. She was an honor graduate of the University of Mississippi School of Law.

“At Tougaloo, she was third in her class but she said she was No. 1 because the two ahead of her transferred in,” her husband Gregory Howard said. “Among the class of 1979 that started in 1975, she was No. 1.”

Howard and Langford met at Tougaloo and later married.

Howard described his wife as an extraordinary person, an excellent wife and mother to their daughter Jasmine.

“She comes from a good family,” he said, adding she was the oldest of three sisters and was close with them.

She was involved with her church, Mount Olive Baptist Church, where she was a trustee. As a hobby, she made Christmas and Easter baskets.

“She played a lot of solitaire,” Howard said. “She was always giving free legal advice; we should have set up a free clinic here at the house. People would contact her and she would steer them in the direction they should go. She would put them with the lawyer they would need.”

Langford went to work for the city under then-Mayor Robert Walker, who hired her and former City Attorney Nancy Thomas to establish the city’s in-house legal department to save the city money on its legal costs.

“Walterine had worked with legal services prior to coming to the city and she had established a very credible record,” Walker said. “She did an excellent job with the city and in addition to that she was a warm and nice and really competent individual and she was one of the most outstanding employees of the city and we were very proud of her efforts.”

What attracted the city to Langford, Walker said, was her reputation as an attorney.

“We wanted someone who had years of practice and someone who could work with people and we were fortunate in that Walterine was available,” he said. Having the in-house legal staff, he said, saved money and kept the city within its budget.

Laurence Leyens, who was mayor from 2001-2009 and for whom Langford held several positions, called her “a very strong, powerful, passionate woman who could do everything.”

“I put her in different tasks throughout city hall and everything I placed her in she really did well. I put her in HR, I made her a judge and she was our city attorney with Nancy (Thomas) and I really enjoyed working with her a bunch,” Leyens said. “We had a lot of passionate arguments; both of us were trying to do the right things for the right reasons, so I really enjoyed working with her.”

Langford, he added, “Was an extremely honorable person, honest and took her responsibilities to heart and whatever position I placed her in, I knew that it was well-covered. She wasn’t an HR director but when we needed somebody temporarily, she was ideal to go there and make sure that the law was being followed and everything was being done correctly.”

Leyens said Langford was a key team player for his administration “that I could totally count on and trust to do the right thing and it didn’t matter what position she was in.”

“She was a brilliant lady,” Mayor George Flaggs Jr. said. “She will be missed around here because of her good deeds and her good words to people. She was a mentor to a lot of people and she was certainly a perfectionist.”