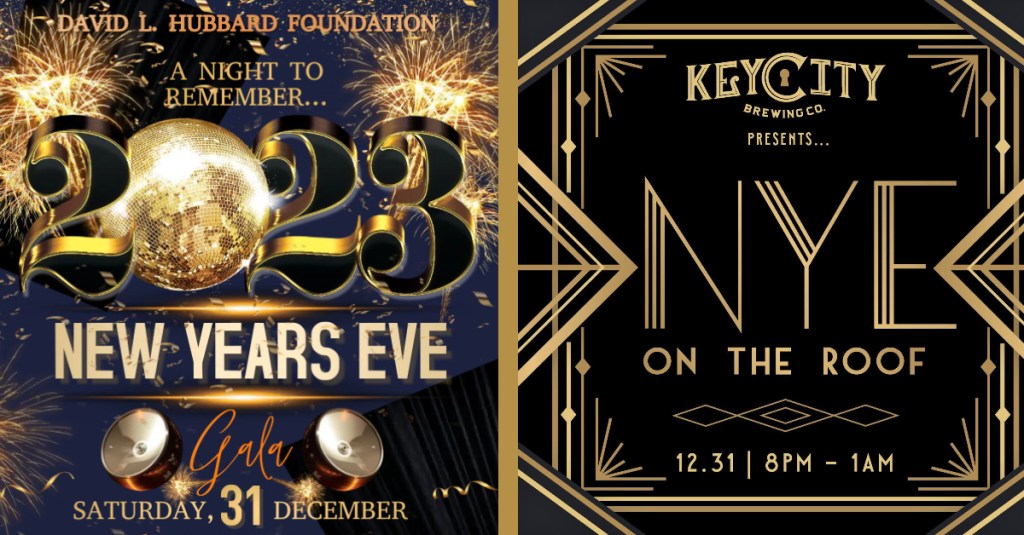 With the New Year holiday falling on a weekend for the first time in 11 years, there are a few ways to bid farewell to 2022 in the Vicksburg area.

From planned events to special menus at local fine eateries, here are a few ways to celebrate with others this season.

Tickets for the gala, billed as “A Night To Remember,” start at $50 and include a photo, hors d’oeuvres served throughout the night, a live band and a free champagne toast.

Shonna Hubbard-Morton, daughter of Vicksburg native David L. Hubbard, created the foundation in her father’s memory in 2016. Hubbard, who died in 2007, served in the U.S. Army for 32 years and worked in security for the U.S. Army Corps of Engineers in Vicksburg after his retirement.

“I thought of a way of being able to give back to the community on his behalf. Every year I’m going to give out a scholarship to hopefully several JROTC cadets in the Vicksburg Warren School District,” Morton said.

The Roof at 1311 and Key City Brewery will take partygoers back to the Roaring 20s with its Speakeasy New Year’s Eve event.

The party begins at 8 p.m. on Saturday and will run until 1 a.m., with live music playing until midnight. Warren Ertle will bring authentic 1920s music to the party, which will take place with the Vicksburg riverfront as its background.

“Put on your 1920s best and dancing shoes and join us as we ring in the new year with a complimentary glass of champagne,” said Kimberly Smith, who coordinates events at the venue. “Be sure to share the rooftop password (giggle water) to gain entrance to the most exciting place to be this New Year’s Eve.”

The event will also include Prohibition-era cocktails in addition to Key City’s lineup of locally brewed beers.

Some restaurants in town will serve special menus for the New Year’s holiday.

At Relish Bistro, located at 1104 Washington St., a special menu will be available for diners that features seafood, Southern staples with a twist and more adventurous bites, including a goat cheese mousse a pan-seared redfish.

Cocktails 101 will offer three separate New Year’s Eve entrees ranging in price from $25 to $35. Each entree includes dinner rolls, a side salad, dessert and a glass of the house white or red wine.