Bulldogs enjoy some normalcy in preparations for ReliaQuest Bowl 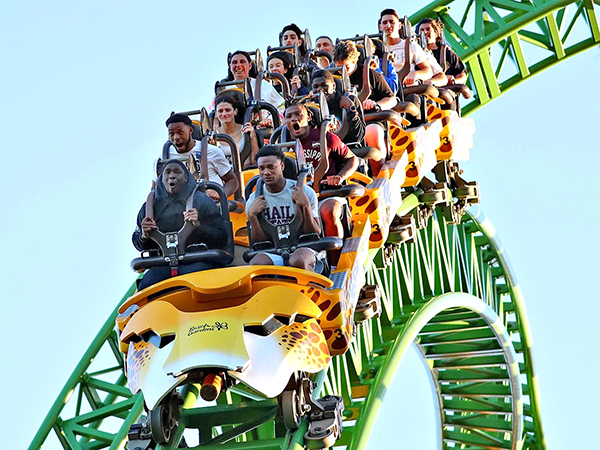 The pictures from Tampa are the standard stuff of bowl season — football players enjoying a rollercoaster ride at Busch Gardens, coaches standing together at a press conference, teammates bowling and shooting pool at an outing.

It’s all very normal, which is why it seems a bit odd for a Mississippi State team that’s had a very abnormal month.

The Bulldogs (8-4) are preparing to play Illinois (8-4) on Monday in the ReliaQuest Bowl. It’s their first game since the death of head coach Mike Leach on Dec. 12. Getting back into the flow of football, new coach Zach Arnett said, has helped the team heal a bit.

“Practices have been good. I think our guys like getting into a sense of normalcy and routine. Obviously any time you go through a loss like that, that’s what family is for, and that’s what a football team is,” Arnett said at a press conference on Thursday. “Been good for us to get back together, to spend a whole lot of time together and go to work.”

While Leach is never far from their minds, Arnett and his players are trying to honor him by focusing on football and finishing the season with a bowl victory.

The Bulldogs arrived in Tampa on Tuesday and had their first practice at a local high school on Wednesday. At Thursday’s press conference, Arnett focused mostly on the football side of things and spoke often about the game being a reward.

“The thing we’ve talked about, and Coach Leach’s family has expressed to us, we don’t want to get lost, but this is ultimately a reward for our players for the job they’ve done this year and the success that they’ve had,” Arnett said. “We’re excited for one more opportunity. The best way we can honor Coach Leach is to go out there and play the way he expects us to play. That’s with tremendous toughness.”

Several Mississippi State players, including running back Dillon Johnson and leading receiver Rara Thomas, have left the program via the transfer portal.

The Bulldogs will, however, have a few departing players still in the lineup on Monday. Defensive back Emmanuel Forbes and defensive tackle Cameron Young will both play despite heading to the NFL.

Forbes, who will skip his senior season to turn pro, is the all-time FBS leader with six career interception return touchdowns.

“Without my teammates, my coaches and the guys that have put in the effort to mold me into the person I am today, I just thought I owed it to them,” Forbes told HailState.com after Wednesday’s practice. “It means a lot honestly to represent our state one last time before I go on to the next level. I just wanted to go out here and have fun with my brothers one more time.”

Winning one more game would mean a lot to the Bulldogs as well, and not just to honor Leach or walk off the field victorious one last time.

Mississippi State has a chance to reach nine wins for the first time since 2017 and begin its next era on a high note. Arnett, who was MSU’s defensive coordinator under Leach, received a full promotion to head coach and a four-year contract.

“Absolutely always better to go into the offseason with a win than a loss, right?” Arnett said. “As much fun as you have on these bowl trips, you always remember how it ends.”