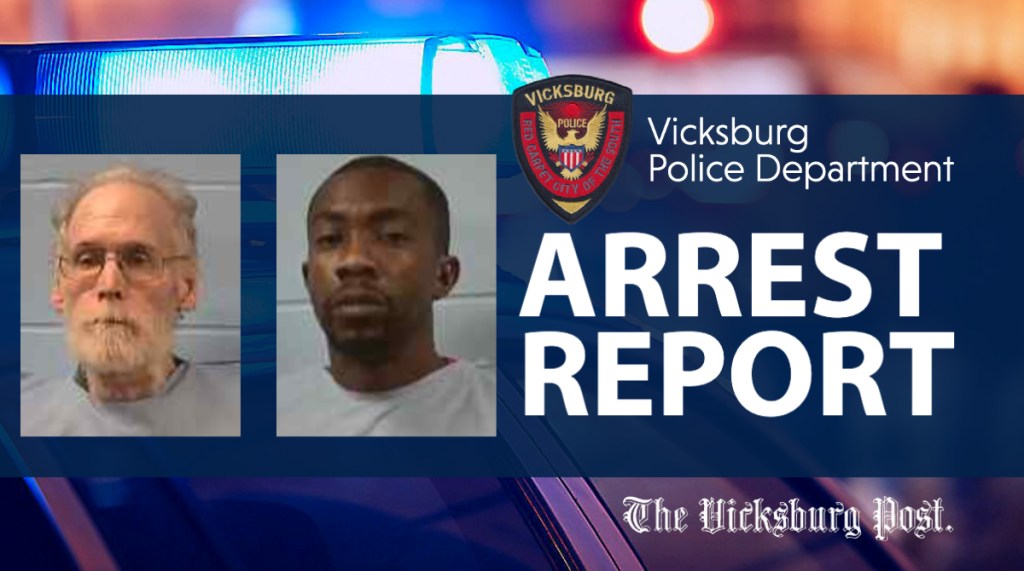 John Gore, 66 of Collins, was taken into custody on Thursday and charged with embezzlement.

He appeared in Vicksburg Municipal Court on Dec. 30, where Judge Penny Lawson bound him over to the Warren County Grand Jury on a $50,000 bond.

One arrested for felony shoplifting

David Ball Jr., 38 of Vicksburg, was arrested on Dec. 30 and charged with felony shoplifting.

He is accused of stealing silver necklaces from Hobby Lobby at 3505 Pemberton Square Blvd.

Ball appeared before Judge Penny Lawson in Vicksburg Municipal Court that same day, where he received a $25,000 bond and was bound over to the Warren County Grand Jury.

Officers were dispatched to the Vicks Wood Federal Credit Union at 107 Thalweg Drive, in reference to fraudulent checks at 9:45 a.m. on Dec. 30.

The complainant stated someone had made checks displaying the credit union’s name and attempted to cash them at a different financial institution. The total amount of attempted fraud is $6,197.33.