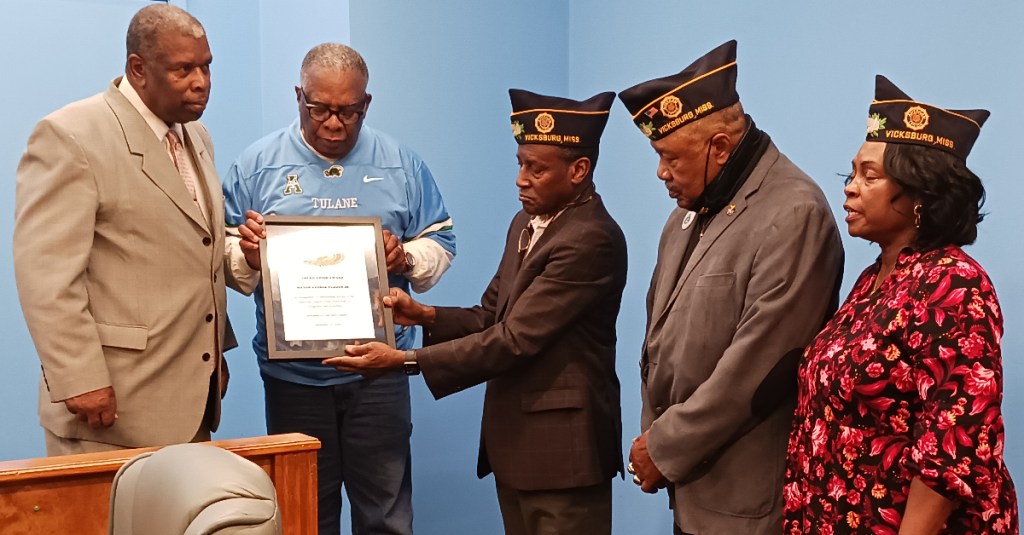 The award was presented to Flaggs in recognition of his and the city’s support of the Post’s programs.