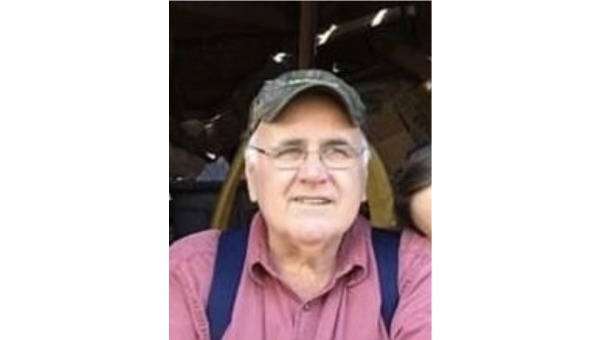 John Karl Hosemann, 80, passed away in the early morning hours of December 30, 2022, in the loving care of his daughter, Sharyn, and the dedicated and attentive staff of Norseland Nursing Home and St. Croix Hospice, after a lengthy journey with illness. In the months preceding his passing, John was in the care of his wife, Cheryl, and in the company of his family and friends, dear, old, and new.

John was a Senior Economist with the American Farm Bureau Federation for 27 years where he traveled the country helping farmers understand the implications of agricultural economics policy on their lives and work. As a gifted speaker and teacher, John explained complicated economics topics in ways that others could understand. He loved the work of meeting farmers and ranchers in all corners of the nation, and made friends everywhere he traveled, which included a trip to Europe. Prior to the AFBF, John came north to Chicago from Vicksburg to work for the Illinois Central Railroad where he met and fell in love with Cheryl. After marrying in 1974, John and Cheryl purchased their farm in Ferryville. On Whipporwhil Farm, John returned to his roots of raising grass fed beef and the family horses. John graduated from Mississippi State in 1970 with a master’s degree in agricultural economics and business economics, and was working in an assistantship for his doctoral degree in agricultural economics at Virginia Tech when he took the job offer in Chicago.

John loved gardening, gathering with others, telling and hearing stories, music, football, wildlife, good food and drinks, and children, especially his grandchildren, with whom he shared his love of farming, gardening, and laughter. In his retirement, John continued raising grass fed beef for friends and family with a commitment to humane care of his cattle and the land. John’s own children have fond memories of their dad leaning on the fence and regarding his herd with admiration and respect. He also taught them how to make hay, birth calves, fix fence, and shovel manure. John’s children count the time on the farm on Sugar Creek amongst their biggest influences, and their dad one of their greatest teachers. His son Eric recalls Dad’s frequent reminder to always leave things better than you found them.

John also enjoyed substitute teaching in local school districts where he met many young people who he loved seeing move on to successful roles in jobs and in their lives in the community. Wonderful medical care in the last months of John’s life led him to reconnect with several of his former students and students of his daughter, Robin, who is also an educator. John was so touched by every serendipitous intersection with those who cared for him, and each and every conversation with the care staff, fellow patients, and residents of Norseland.

In the last years of his life, John devoted hours of study to listen and learn of the impacts of racism, inequity, and intolerance on human beings in this world and in the world he grew up in, and he implored everyone to continue learning and acting with a commitment to facing actual history. Frederick Douglas’s writing and the work of Bryan Stephenson and the Equal Justice Initiative were frequently shared by John to anyone committed to learning more.

John’s family will honor his desire to return to Vicksburg and rest with his parents and relatives in the Cedar Hill Cemetery when the season and weather permits safe travel, as he would wish. A celebration of his life will also be held at a later date. The family wishes to thank the staff of Vernon Memorial Hospital, Kickapoo Valley Medical Clinic, Gundersen Health System, and Norseland for their care and support during John’s illness.

In lieu of flowers, John would love to know you are hugging your loved ones, giving them a call to see how they are, stopping by a neighbor’s place for a short visit, or taking a drive while listening to the radio. John Prine was a favorite of Cheryl and John’s from the time they caught him onstage with Steve Goodman at the Saddle Club on North Avenue in Chicago. Dad would also recommend listening to a tune or two by Roger Miller, Tom T. Hall, Charlie Pride, or Mississippi John Hurt and the blues musicians of the Deep South. Donations may be made to the Equal Justice Initiative or World Central Kitchen. The family would also like to specifically thank Mike Donahue, a friend and comfort to John and the family at Norseland, and longtime neighbor friends, David Sandy, Jim Nau, Gerald Vesbach, and Loren Sletten for their help and care at the farm.

John preferred plainspoken wisdom and advice in the face of life’s challenges, and he told his family in the last days of his life, “Love is all there is.”