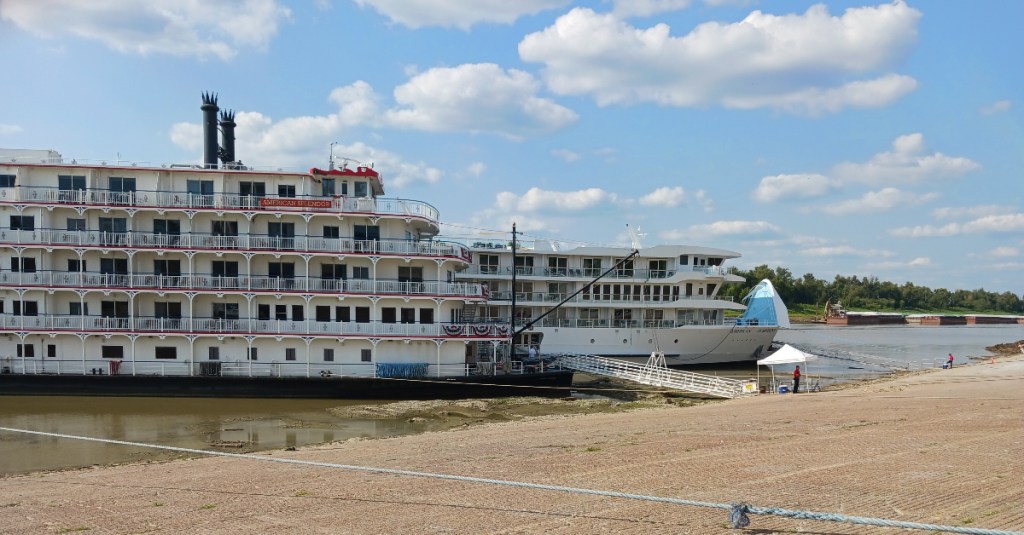 After being shut down in 2020 because of COVID-19, the river cruise boats that ply the Mississippi River bringing tourists to Vicksburg and other ports will make more than 200 stops in Vicksburg during 2023.

During a report on the Vicksburg Convention and Visitors Bureau to the Board of Mayor and Aldermen, VCVB Executive Director Laura Beth Strickland said the three cruise lines sailing the river are scheduled to make 242 stops in Vicksburg during 2023 — the highest number yet to visit the city.

“I think last year we started out at 198 — I don’t what the final number was — but that was the biggest year we’ve ever had on scheduled dockings,” she said Friday, adding the 242 includes a full year of Viking Cruise Lines’ scheduled cruises.

“They didn’t start their cruising until the fall of 2022. This is a full year of Viking docking in Vicksburg, and that makes a big difference. And of course, the return of the American Queen Steamboat Co. and American Cruise Lines.”