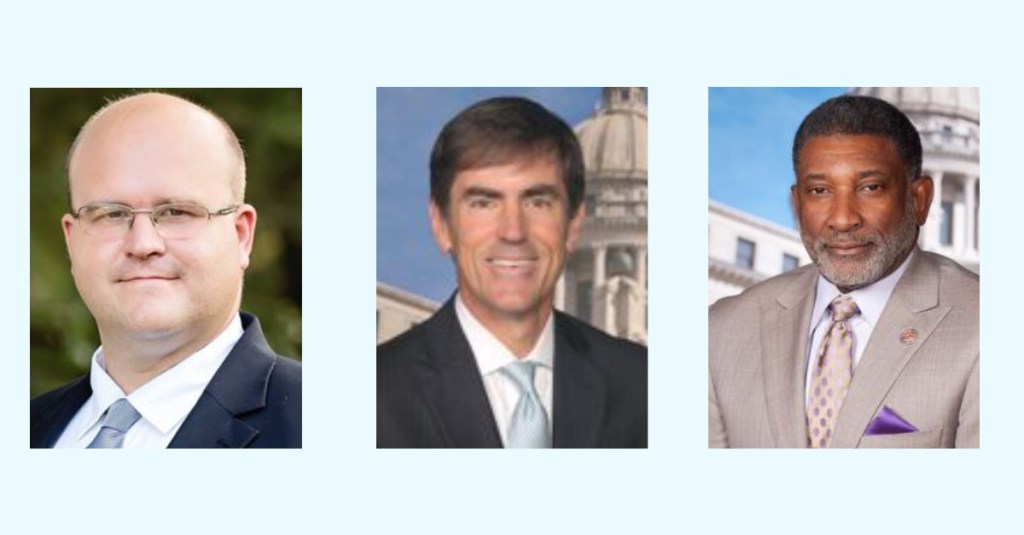 With the Mississippi Legislature getting ready to enter its second week, some holdovers from the 2022 session could be back on the table.

The Legislature closed 2022 with some unfinished business in the form of a revised ballot initiative bill that failed to clear both houses before the session ended and the elimination of the state’s income tax.

The House and Senate failed to reach a compromise on a revised bill before the 2022 session ended.

“It was one of the issues we tried to tackle last year that we just couldn’t come to a consensus on,” said Dist. 54 Rep. Kevin Ford, R-Vicksburg. “I support the House version that we supported last year. We passed it overwhelmingly out of the House.”

Dist. 55 Rep. Oscar Denton, D-Vicksburg, said he agrees with the Mississippi Black Legislative Caucus, which supports some form of ensuring people have the right to get signatures and get issues on the ballot.

The House’s attempt to make Mississippi the 10th state without an income tax failed to gather sufficient legislative support to pass in 2022.

Instead, the Legislature passed a tax relief bill that will eliminate the 4-percent tax on income from $5,000 to $10,000 starting in 2023 and gradually move to a flat tax for the state. Eventually, Mississippi will have the lowest income tax in the country.

Ford said the income tax will be discussed through the legislative process.

“We got a good bit last year — that was very welcome to have the largest tax cut in Mississippi’s history, which I fully supported and I supported putting us on a path to no income tax. It’s just how we do it,” he said.

The problem legislators are facing now, Ford said, “Is even though our funds are at the highest level they’ve ever been, we do have a recession coming and we don’t want to do anything that requires us to put taxes back on.

“We’re looking through that prism; we have over $1 billion that we do not have allocated that is going to be there for one-time expenditures and the question is how aggressive with that money do we get,” he added.

While he agrees the income tax will be discussed, Denton said, “Personally, I never did think eliminating the income tax was a good deal for us. We’re the poorest state in the union; I think we need funds. If we eliminate the income tax, that money’s going to have to be made up somewhere.”

With the possibility of a recession, said State Sen. Briggs Hopson III, R-Vicksburg, “You need to be guarded about what you do financially. I think the budget and the spending of citizens’ tax dollars are of the utmost importance and I think it’s the biggest job we have, year in and year out.”

Besides the income tax and initiative issues, the Legislature will be looking at allocating $250 million in American Rescue Plan Act funds.

Hopson said hearings on the ARPA funds should begin soon and will cover two things: what the Legislature did last year to see how that is working, and where the dollars need to go this year if anything needs to be fixed or tightened a bit.

Ford said he is also looking at trying to get a portion of $3 billion in undedicated state funds for site preparation for the new Warren County Jail.

In a related matter, Hopson said he has filed a local and private, or special bill to extend the loan payback for the new jail to 30 years.

“Medicaid expansion would cure a lot of those problems,” he said. “We (the caucus) want to try and impress upon the people that we support expanding Medicaid.”

“We also need to do something to shore up our rural hospitals,” Denton said. “These hospitals closing are affecting people’s lives.”

He added he also supports the broadband initiative to increase the availability of Internet service.

“I’m doing more research,” he said. “I want to make sure that we’ve got it doing the work it’s commissioned to do and the best work that it can do. We’ve got some issues at CPS that we need to shore up and need to strengthen. We started that process last year, but I think we’ve got more work to do.”

On Medicaid, Hopson said he will be meeting with hospital and healthcare officials about improving options for healthcare services.

“I don’t think there’s any silver bullet helping health care, but one or two or a combination and maybe other items can be addressed.

Hopson said he will file a bill to remove the state portion of the car tag tax which will reduce the cost of car tags. The legislation will not affect county revenue, he said, but would remove the amount that goes to the state.

“There are two things I’m hopeful and excited about,” he said. “The state did not incur any debt during FY 2022; we didn’t have a bond bill. I look to do that again. I think that’s one of the benefits of having some additional funds. We are at a place where we shouldn’t have to incur any additional debt for projects around the state.”