Sports column: Local basketball teams are ones to watch 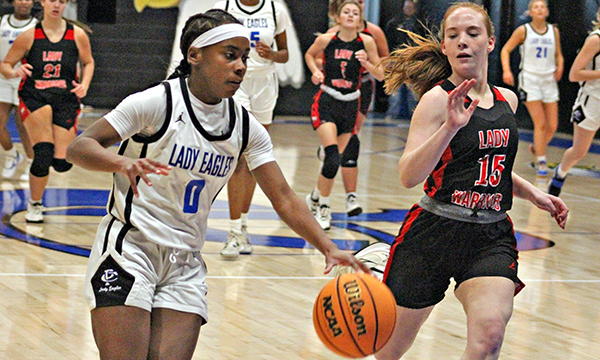 Now that we’ve flipped the calendar from 2022 to 2023, it’s a fresh start in more ways than one. With football season finally put to bed, we can fully turn our focus to basketball.

Here in Warren County, there are definitely some teams to keep an eye on.

Vicksburg High’s girls and boys teams are both doing very well. The Missy Gators have become one of the best teams in MHSAA Class 5A in recent years and are looking like a contender again. They entered the weekend with a 15-4 record and a four-game winning streak.

The Gators, meanwhile, have already blown past last season’s total of 12 wins. They improved to 17-2 by beating longtime nemesis Callaway in their Region 3-5A opener, which was just their second win over the Chargers in the past 12 years.

Over in the MAIS, Porter’s Chapel Academy’s teams are also making a statement.

PCA’s boys are 5-1 in District 3-3A, with the lone blemish a two-point loss against defending Class 3A champion Greenville Christian. The Eagles play them again at home on Jan. 12.

Winning that game could help PCA earn the top seed for the district tournament, but it also won’t be the final word in that rivalry. The way the MAIS playoffs are set up, PCA and Greenville Christian will probably play two or three more times as they progress through the various brackets.

Even so, the Eagles reached the Class 3A semifinals last season and rarely looked like it belonged in the same gym as Greenville Christian. Beating the Saints would certainly send a message that they are a force to be reckoned with this time.

While Porter’s Chapel’s boys’ team is having a great season, what its girls’ team is doing is nothing short of remarkable.

The Lady Eagles’ 6-5 record doesn’t look all that impressive until you see their roster. They only have five varsity players — not five effective players, but five total.

Eight junior high players in grades 7-9 flesh out the roster, but are limited by MAIS rules to only two quarters in the varsity game if they’ve also played in the junior high game. Getting on the court for even a few seconds counts as a full quarter.

Because of that, coach Casey Fisher has to carefully monitor his roster throughout each game. He doesn’t have the luxury of giving away fouls or bringing a starter to the bench for a breather. He can’t even roll the dice and hope his bench can hold the line for a few minutes, because doing so might mean they’re not available later on.

PCA’s varsity lineup of Tiara Sims, Hannah Henderson, Anjel Walton, Marley Bufkin and Sophie Masterson deserves a round of applause for the Herculean task they’ve taken on. Then they deserve another for winning while doing it.

In fact, let’s give a round of applause to all of these teams. There is a lot of basketball left to play, but they should give us plenty of entertaining moments during the second half of this season.