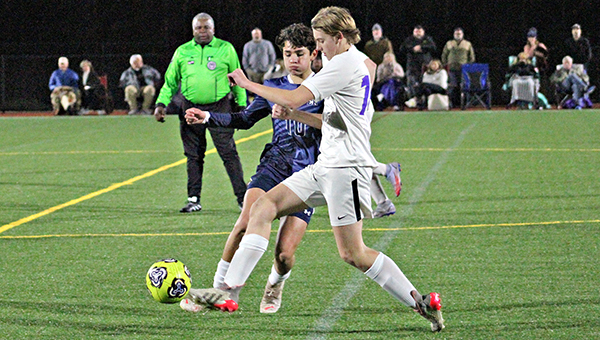 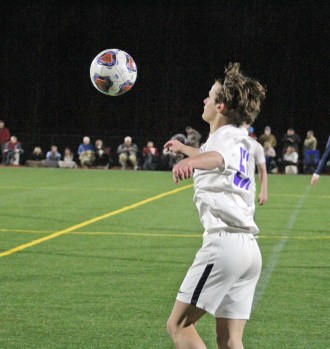 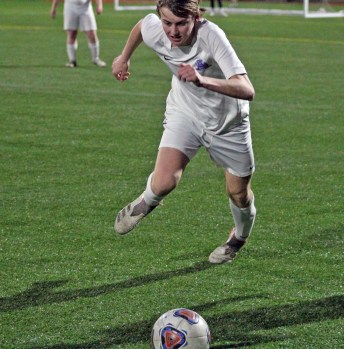 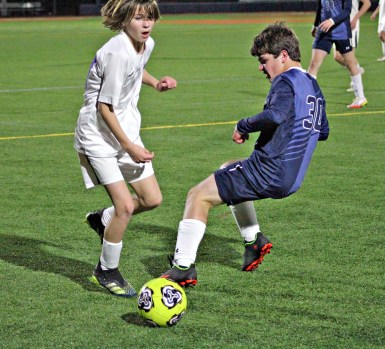 Whether they were taking their opponent lightly, trying to wear them down, or just cruising along, it didn’t matter in the end for St. Aloysius’ boys’ soccer team.

What mattered was that they got the job done.

Dalton Windham ripped a shot into the back of the net from the top of the box in the 54th minute, and the Flashes dominated East Rankin Academy in the second half to win 1-0 on Monday.

“We played this team at the beginning of the season and absolutely dominated them, so we weren’t very active. We were kind of ready to just chillax,” Windham said. “Once we saw that they were coming out fired up, then we fought harder at the end and we won.”

St. Al had several scoring chances in the first half, but no shots on goal. It then outshot East Rankin 7-3 in the second half.

East Rankin had a brief flurry of offense in the final few minutes, but no quality shots. St. Al keeper Caleb Tucker finished with four saves.

“(East Rankin) just seems to start fast, so if you can weather that storm then it settles in and gets to where our guys can start controlling things,” St. Al coach Jay Madison said. “Some of it was, we started off the game and were just kicking the ball and not trying to control the flow of play. As we went forward, they settled in.”

Although they controlled the flow of the game for the last 40 minutes, the Flashes’ only goal was a quick strike. John Ellis Montgomery sent a pass about 20 yards up the field, Windham gathered it in and took his shot from the top left corner of the box.

Windham’s shot carried past East Rankin keeper Judson Giordano, who had come out a few steps to challenge, for the 1-0 lead that stood up as the final score.

“We had been practicing to where I get it to John and then he passes it to me and then we look in. I was close enough to the box, so I decided to take a shot,” Windham said. “I hit it hard enough to where it went straight to the corner and past the goal keeper.”

The victory gave St. Al a lift heading into a crucial part of the schedule. Monday’s game was the first of four district games in 10 days. The Flashes swept the season series from East Rankin and are 2-1 in MAIS Division II Central, with the next game a road trip to Central Hinds at 4:30 p.m. Thursday.

“Everyone puts their district games in January. If you can start stacking a couple of them together, then that puts you in the hunt for the playoffs. And then once you make the playoffs, you never know,” Madison said. “You’d like to win the district, but the first thing you’ve got to do is make the playoffs and this is a big step toward that.”