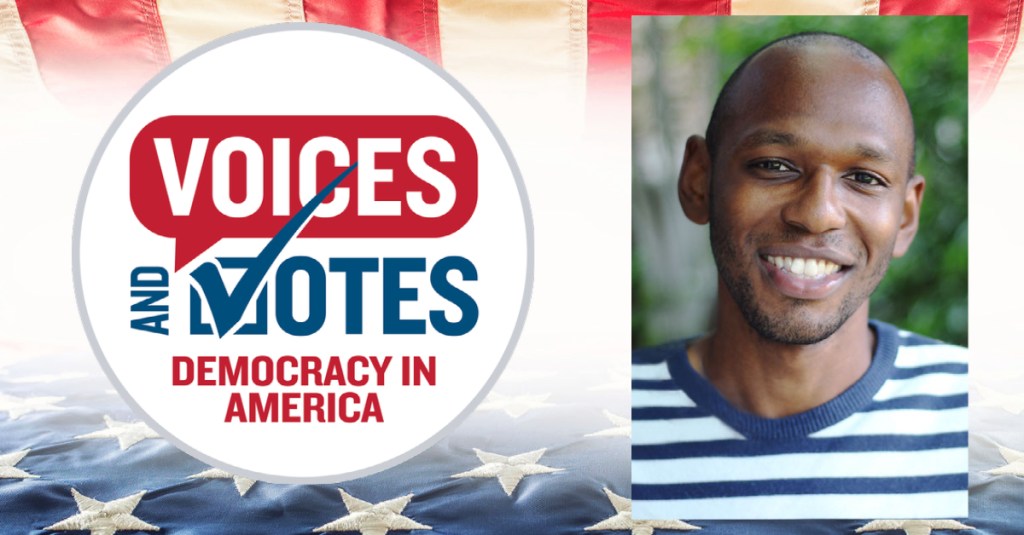 The Great Migration of the twentieth century, when more than six million African Americans left the southern U.S. to create lives outside of the region’s Jim Crow laws and segregated culture, is a pivotal chapter in American history.

But what interests Vicksburg native and Brown University scholar Dr. Donald Field Brown even more are the people who stayed. He addressed the topic in his dissertation at Harvard University, which he is currently expanding into a book for Johns Hopkins University Press.

“When I say I’m from Mississippi, people are like, ‘Oh wow, your family didn’t leave?’ It’s almost a joke,” Brown said. “When you hear that so many times you start to think, ‘I should actually take on that question: Why didn’t everybody leave the South during Jim Crow?’”

Brown will cover the subject while discussing the legacy of the Vicksburg Citizens’ Appeal newspaper during a lunch-and-learn event at Catfish Row Museum on Wednesday, Jan. 18, at noon. The lunch program is supported by Entergy. The discussion is part of the museum’s speaker series in support of the Smithsonian Voices and Votes exhibition, which will be on display at the museum until Jan. 20.

The Vicksburg Citizens’ Appeal, published by the Warren Country Freedom Democratic Party from 1964-1967, informed Black citizens on community activities, sports and politics, while also covering “important events in the struggle for Negro rights, here in Vicksburg and elsewhere in Mississippi,” according to the inaugural issue.

“The Black citizens of Vicksburg didn’t feel like they were getting respect from the newspapers that existed in Vicksburg at the time,” Brown said. “They wanted to speak on their own terms.”

When the first issue of the Vicksburg Citizens’ Appeal was published in August 1964, Freedom Summer — a months-long voter registration drive that saw hundreds of out-of-state whites join Black volunteers to fight intimidation and discrimination at the polls — had just ended in tragedy. Less than three weeks earlier, the bodies of murdered freedom activists James Chaney, Andrew Goodman and Michael Schwerner were discovered in Neshoba County.

The newspaper kept the Freedom Summer dialogue alive, though, and called Black citizens to continue advocating for equal treatment. Brown characterizes the Vicksburg Citizens’ Appeal as “a racial uplift newspaper” that encouraged Black parents to attend PTA meetings and stressed the importance of preparing the next generation to enter the world. As a counterpart to the newspaper, a Freedom School located on Hossley Street in Vicksburg educated the community on histories that weren’t part of public school curricula.

“What the newspaper’s doing is thinking about the present, but the school is thinking about the past,” he said. “Instead of not giving any information about slave revolts in the South that occurred during slavery, and thinking slaves were happy to have free food, free rent and security, they were trying to show that’s not what it was like and how it connected to the way they were treated in the 60s.”

Brown said he sees himself as a facilitator and hopes to have a multi-generational turnout for the discussion Tuesday.

“I would love to have people who are generations above me to share things that you just can’t get from the newspaper or from the books, and then share that information to the people in the crowd who are younger,” he said. “I hope this conversation helps them to remember and then pass it along and then we have a conversation among the generations.”

Brown earned degrees from Mississippi State University and Oxford University in England, where he studied as a Rhodes Scholar. He then earned a Ph.D. from Harvard and teaches at Brown University in Providence, R.I.

The Smithsonian-curated “Voices and Votes: Democracy in America,” which opened Nov. 19 at Catfish Row Museum, brings clarity to the struggles at the heart of the ballot process. The exhibit is based on the National Museum of American History’s broader “American Democracy: A Great Leap of Faith” exposition.

This series of stories on programming for Voices & Votes is produced by Front Porch Fodder for the Catfish Row Museum.