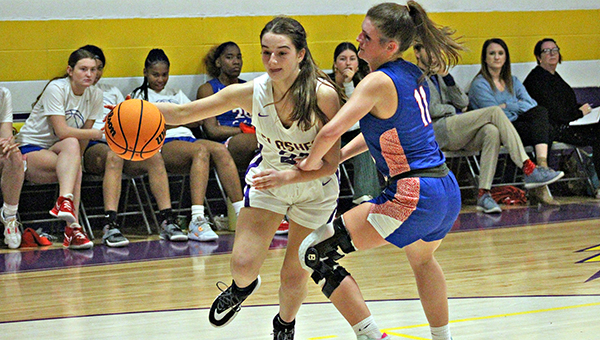 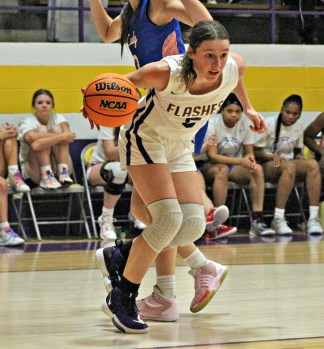 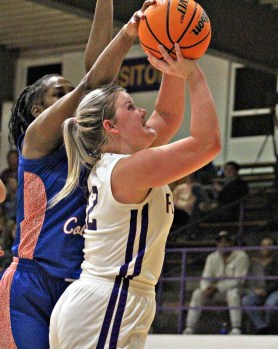 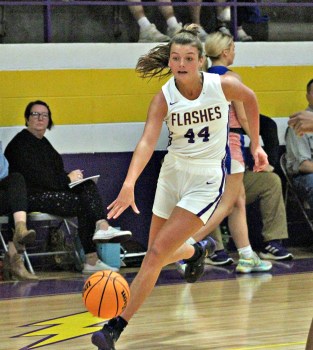 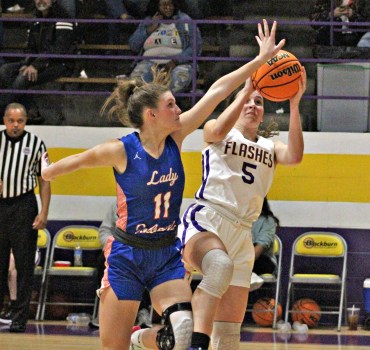 In some lopsided basketball games, one team blows the other off the floor with a dominant effort. In others, like the one between St. Aloysius and Copiah Academy on Tuesday, it’s more of a slow motion blowout.

Charley Grace Davis scored 16 of her 26 points in the first half, and Copiah Academy slowly padded its lead through all four quarters on the way to a 67-43 win over St. Al in an MAIS District 3-5A girls game.

Copiah got out to a 27-17 lead at the end of the first quarter, then outscored the Lady Flashes by six, six and two points in the last three quarters of a game that felt more competitive than the score indicated.

“It felt like a close game all the way through. Their hustle was amazing, their shooting was there,” St. Al coach Savannah Buck said. “I’m proud of what they’re doing. I think that this team has come together. They’re trying. They want to be here and they’re showing it on the court. Going into the rest of our district, it’s going to be pretty good. We just have to stay together.”

McKenzie Cole and Falyn Lusby led St. Al (3-11, 1-3 in district) with 12 points apiece, and Maddy McSherry scored 10. The Lady Flashes went nearly six minutes without scoring in the fourth quarter, until Lusby had a steal and layup with 2:07 remaining to make the score 67-38.

Lusby’s basket was the start of a game-ending 7-0 run for St. Al that came far too late, but the hustle and grit to put it together was the kind of positive thing Buck was looking for in a difficult season.

“They’re giving it absolutely everything,” Buck said. “I think by the time we get to the district (tournament) we’re going to be at that peak.”

Porter’s Chapel 46, Manchester 40
Tiara Sims was a perfect 13-for-13 from the free throw line and finished with a game-high 29 points to lead Porter’s Chapel Academy to a district win over Manchester Academy on Tuesday.

Sophie Masterson had eight points and eight rebounds for PCA, which was just 14-for-45 (31.1 percent) shooting from the field, but made up for the off night by going 15-for-15 from the free throw line.

Sims made 11 of her free throws in the fourth quarter and Hannah Henderson added two more as the Lady Eagles scored 13 of their 15 points from the line.

PCA (8-5, 3-2 MAIS District 3-3A) will host Greenville Christian Thursday at 6 p.m., and then is on the road Friday night at Deer Creek in a pair of district games.