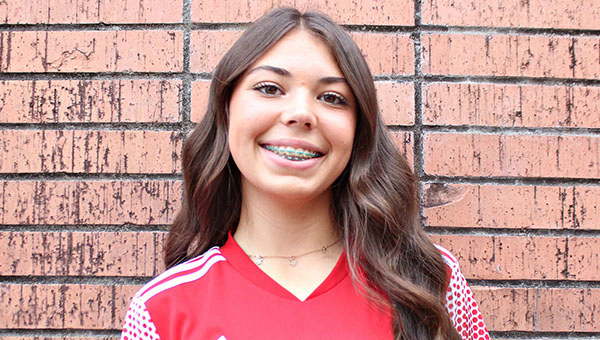 Warren Central soccer player Jordan Polk scored two goals and assisted on another in a 5-0 win over Terry on Tuesday. The Lady Vikes clinched a spot in the MHSAA Class 6A playoffs with the victory.

For the first time in four years, Warren Central’s girls’ soccer team is heading to the postseason.

Gloria Hall and Jordan Polk scored two goals apiece, and Warren Central beat Terry 5-0 on Tuesday to earn a spot in the MHSAA Class 6A playoffs.

Melissa Herrle also had a goal and an assist against Terry. Polk and Rachel Opperman had assists, while keepers Haleigh Simmons and Mary Evelyn Hossley combined for the shutout.

Boys
Terry 2, Warren Central 1
Warren Central’s boys’ soccer team is down to its last chance to qualify for the playoffs, following a close loss to Terry on Tuesday.

Kaden Taylor scored Warren Central’s only goal, late in the second half. Terry scored on a penalty kick in the 16th minute and a shot in the 38th.