LOOKING BACK: Continuing the stroll down Monroe Street 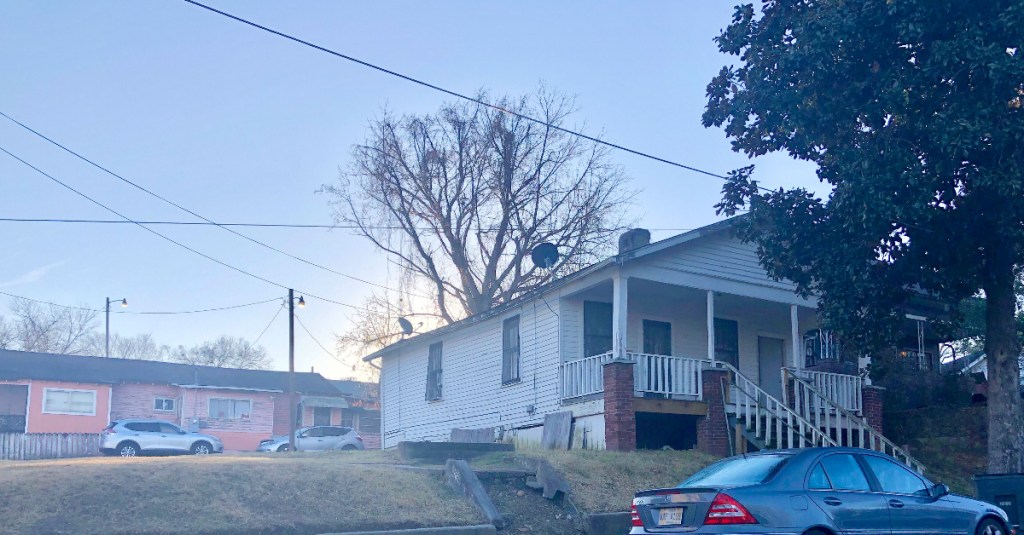 This photo shows 707 Monroe St. and what remains of the home at 705 Monroe St. (Photo Submitted)

This is a photograph of 707 Monroe St. and in it, one can see what remains of 705 Monroe St., the steps leading up from the sidewalk to a now-vacant lot.

A large two-story frame house, built in the 1890s, stood on this lot at the southeast corner of Monroe and Commerce streets. In 1896, it was the home of Joe Fox, a cigar dealer; William Fox, who owned a tailor’s shop; M. Landaur and M. Oster, who worked at Southern Furniture Company.

By 1906, Henry and Lillie Trowbridge lived in the house. Henry held a number of positions including deputy sheriff (1879), secretary of the board of education (1893), Warren County Democratic Election Commissioner and city clerk, an office that he held from 1880 to the day that he died in 1910.

Following his death, the house was home to Andrew F. (a salesman with Valley Dry Goods) and Johanna Garvey and their children: Frank, assistant city engineer; John, a master mechanic with the Y&MV Railroad; Norberta, a clerk at the post office and Josephine, a student.

This four-fay galleried cottage was the home of Stewart and Anna Smith in 1935 and then by 1959, John P. and Marion Brown lived in there. They moved shortly thereafter, in 1963, to the house next door, 709.

The house at 707 Monroe St. remained rental-residential with a number of tenants, and it remains that today. The home at 705 Monroe St. became an apartment building and was eventually demolished in the late 1960s or early 1970s.

We have looked for a photograph of this house, but have not found one. If anyone has a photo, we would love to see it.