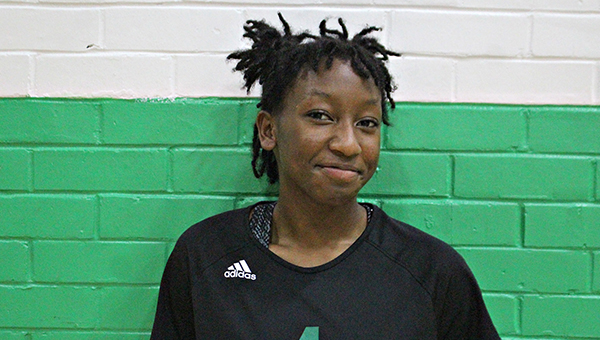 Vicksburg High soccer player Amari Johnson had four goals and one assist in a 7-0 victory over Greenville on Tuesday.

The Vicksburg Missy Gators stomped on the gas in the second half Tuesday and drove right through Greenville to another region championship.

Amari Johnson had four goals and one assists, and Vicksburg scored six goals in the second half to beat Greenville 7-0 and clinch the MHSAA Region 3-5A girls’ soccer championship.

Vicksburg only led Greenville 1-0 at halftime, but Johnson scored on a breakaway in the opening minute of the second half to start an avalanche of goals.

Jamiyah Gaines arced a long shot past the keeper in the 45th minute, Leah O’Bryant scored in the 53rd, and Johnson scored on another breakaway in the 59th to make it 5-0.

Gaines, O’Bryant and Midori Allen all finished with one goal apiece for Vicksburg, and Alysha Murrell had an assist.

Keeper Ava Pritchard made eight saves and recorded a shutout.

“We started out slow. We accumulated an excessive amount of offsides against us. Their defensive line was using our speed against us. When we regrouped at halftime we changed up the formation and that got us rolling,” Vicksburg coach Samantha Bailey said. “It was a very physical game just like always, but I’m very proud of the girls’ determination and grit.”

Boys
Greenville 5, Vicksburg 1
Braylon Green scored a goal for Vicksburg, but the Gators weren’t able to get past Greenville in the boys’ half of Tuesday’s soccer doubleheader.

Vicksburg will play again Friday, on the road in Jackson against Forest Hill. The girls’ game will begin at 5:30 p.m. and the boys at 7:15.