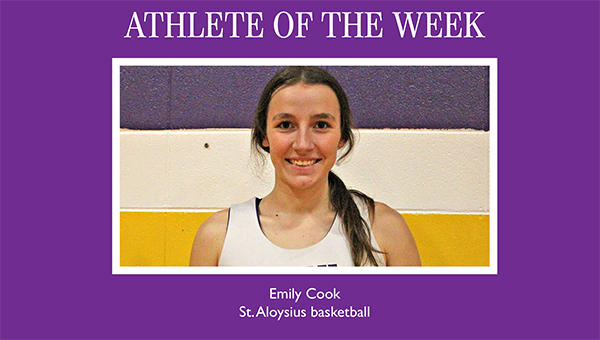 Emily Cook has had a lot of memorable moments in a lot of sports during her high school years, and the latest helped her pull in The Vicksburg Post’s first Athlete of the Week award of 2023.

Cook, a senior basketball player for St. Aloysius, won the award in an online poll by The Vicksburg Post’s readers after receiving 297 of the 586 votes cast.

Cook scored six points and hit the game-winning shot in the final seconds of a 32-30 victory against Adams County Christian on Jan. 6.

Cook is a multi-sport athlete for St. Al. She also competed for the school’s swimming and soccer teams in the fall, and is a member of the cheerleading team.

Congratulations to Emily and the other nominees, and thank you to our readers for voting.