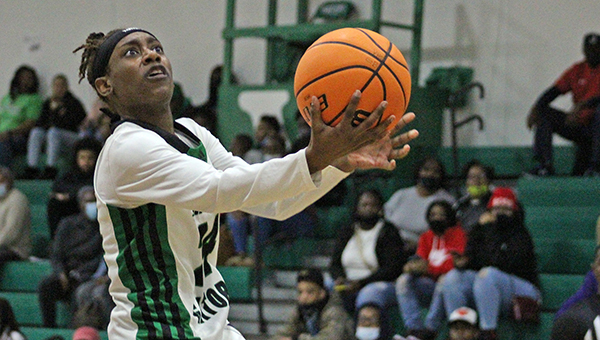 Vicksburg High's Layla Carter scoops a layup at the basket during a game last season. Carter was one of five Misissippi players nominated for the prestigious McDonald's All-American Game. (File/The Vicksburg Post)

Vicksburg High’s Layla Carter has been part of a great team for several years, and now she’s got a chance to be a member of the best all-star team in the country.

The senior guard is one of five players from Mississippi nominated for the prestigious McDonald’s All-American Game.
Carter is a three-year starter who has led the Missy Gators to a 54-19 record in that span, including an 18-4 mark this season. She averaged more than 12 points per game in her first two high school seasons, as well as nearly eight rebounds, three steals and three assists.

The McDonald’s All-American Game will be played March 28 in Houston and be televised on ESPN2 (girls) and ESPN (boys).

Madison-Ridgeland Academy’s Josh Hubbard was the only Mississippi player nominated for the boys’ game.