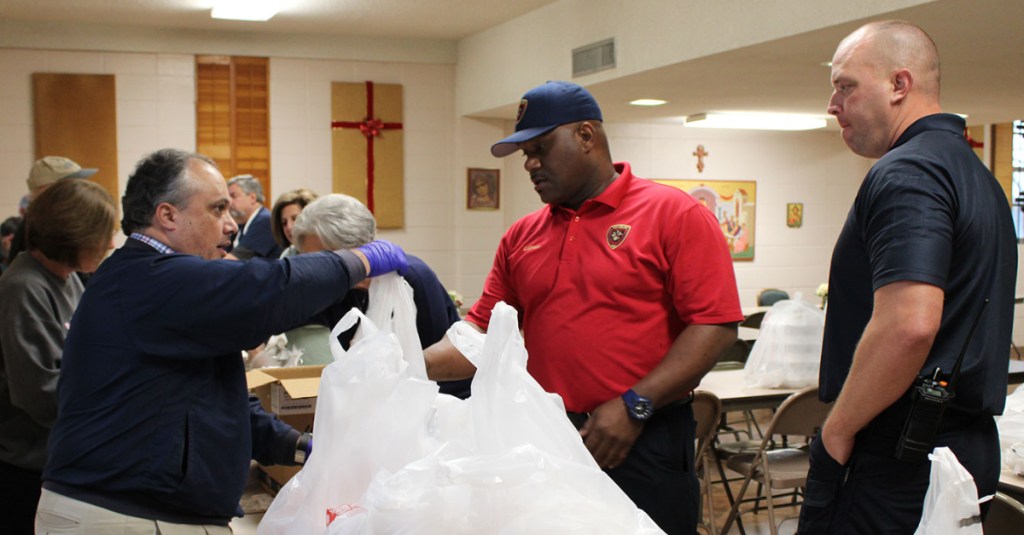 The Antiochian Men, the men’s group for St. George Antiochian Orthodox Church, honored Warren County’s first responders on Tuesday with an appreciation dinner at the church.

Approximately 117 meals were served to the first responders during the dinner, which was held from 4 to 6 p.m. Some of the meals were eaten at the church, while others were either picked up or delivered.

“We wanted to honor those who serve the community by serving them with a good meal,” said the Rev. Gabriel Karam, St. George pastor. “This was one way we could show our appreciation.”

“Being appreciated is a real good thing,” said Vicksburg Police Lt. Curtis Judge. “With all that’s going on in the world, all the conflict, somebody showing appreciation — that’s a great thing for you.”

“We got a chance to tour the building; that was very informative to all the members of the fire department,” he said. “I had never been in there before, and we’re really grateful and thankful for them taking their time to show they appreciated all first responders.”