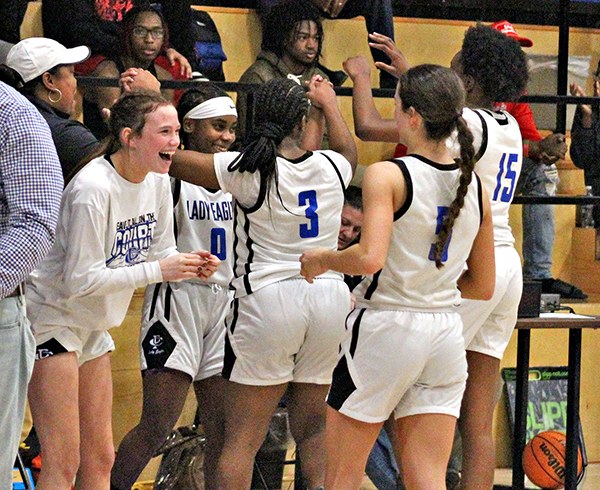 Tiara Sims walked to the free throw line knowing the free throws she was about to shoot were for more than just sealing up this victory.

They were to help win a championship.

PCA needed to win by more than three points to get the season tiebreaker against Greenville Christian and put itself in the driver’s seat for the No. 1 seed in the MAIS District 3-3A tournament. The Lady Eagles can get it by beating Deer Creek and Benton Academy in the last two district games Friday and Jan. 17, respectively.

“I was aware of it,” Sims said of the tiebreaker situation. “I thought everything through and just focused and made the shots. I was thinking about our place in district and where we’re going from there.”

Porter’s Chapel (9-5, 4-2 MAIS District 3-3A) lost to Greenville Christian by three points in December, and their second meeting came down to the end as well. 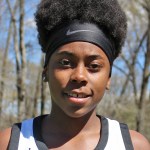 Leading 50-48 with just under two minutes to play, and every point becoming as important as just winning, the Lady Eagles grabbed an offensive rebound and dribbled another minute off the clock. Marley Bufkin was eventually fouled and split two free throws for a three-point lead.

Greenville Christian missed three shots on its next possession. PCA finally corralled a rebound, and Sims was fouled and hit one of two free throws with 14 seconds to go.

Greenville Christian made a basket with 5.1 seconds to go to get back within two, but Sims was fouled again. She made both free throws this time, and Greenville Christian’s halfcourt heave at the buzzer was well off the mark to give the Lady Eagles the 54-50 victory.

Sims finished with 27 points, including five of PCA’s 10 3-pointers.

PCA coach Casey Fisher said all of his players knew the stakes coming down the stretch, and what they needed to do to win the game as well as in the big picture.

“They knew everything,” Fisher said. “Tiara has just been playing lights-out basketball, making free throws down the stretch.”

PCA won its fourth consecutive game, including three in a row since New Year’s.

“What clicked was we just focused,” Sims said of the recent hot streak. “We’ve got a goal to win district. Everybody is locked in on that one goal.”