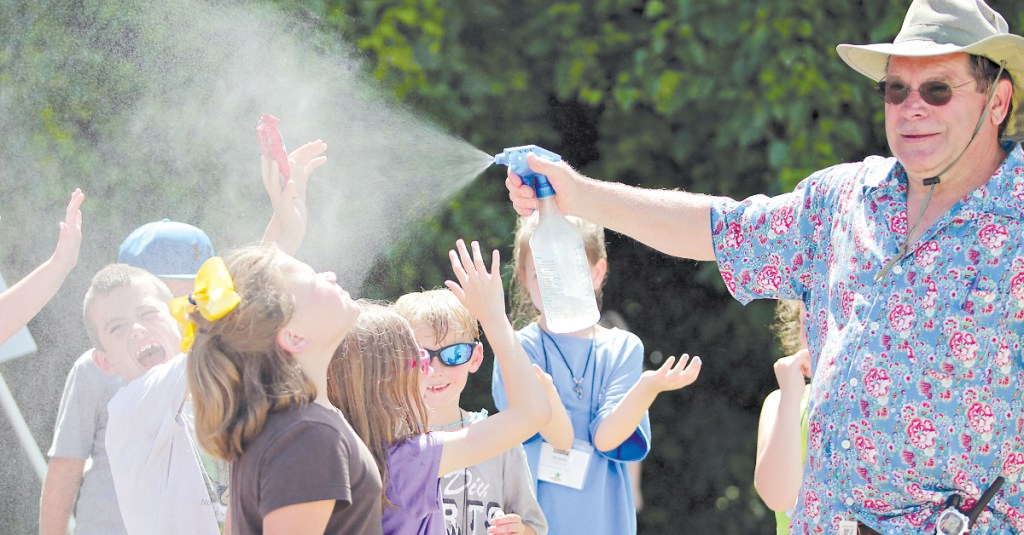 One of the area’s most popular summer camp programs will again be held on the campus of Crossway Church.

Camp Winshape, a faith-based summer day camp sponsored by Chick-fil-A, will be at Crossway Church from 8 a.m. to 5 p.m. on July 10-14. The cost of the camp is $230, said Angela Marshall, children’s pastor at Crossway. She said registration begins March 6 and continues through the first day of camp.

Previously, she said, Crossway has hosted the camp during the first week in June but scheduling conflicts forced the church to move the camp back to July.

The camp program, she said, has not changed.

Marshall said a typical day at camp begins when the children arrive and go into what is called village training — an area where there are activities they can do as they wait for the other children to arrive.

“Everyone then goes to the worship center for the group meeting,” she said. “That’s where they do worship and get the kids ready and excited for the day.”

After the group meeting, the day alternates between large group time and periods where the children break up into smaller groups and go through their skills.

“They go to whatever skills they choose and then they have team time; that’s where they’re with their own age group — their peers — and they talk about the Bible truths they’re learning that day and spend some time with their leader,” Marshall said. “They’re with the same leader all week.”

Marshall said scholarships are available for Camp Winshape, adding more information on the scholarships will be offered over the next few months. If a person or a business wants to sponsor a child, she said, there are provisions for that.

More information about Camp Winshape and the scholarships is available on Facebook at Winshape Vicksburg and on Instagram @winshape_vicksburg.

Marshall said Crossway’s Winshape leadership team will be going to a Winshape Host Rally in Peachtree City Feb. 6-8 to learn more about the program.

Chick-fil-A founder S. Truett Cathy established WinShape in 1985 as a way to challenge young people physically and spiritually. The first camp was an overnight camp at Berry College in Rome, Ga.

According to its website, WinShape Camps’ mission is to glorify God by creating experiences that transform campers and families with the message of Jesus Christ.