FACES OF THE FLOODS: Hollis speaks on significance of agriculture in South Delta economy 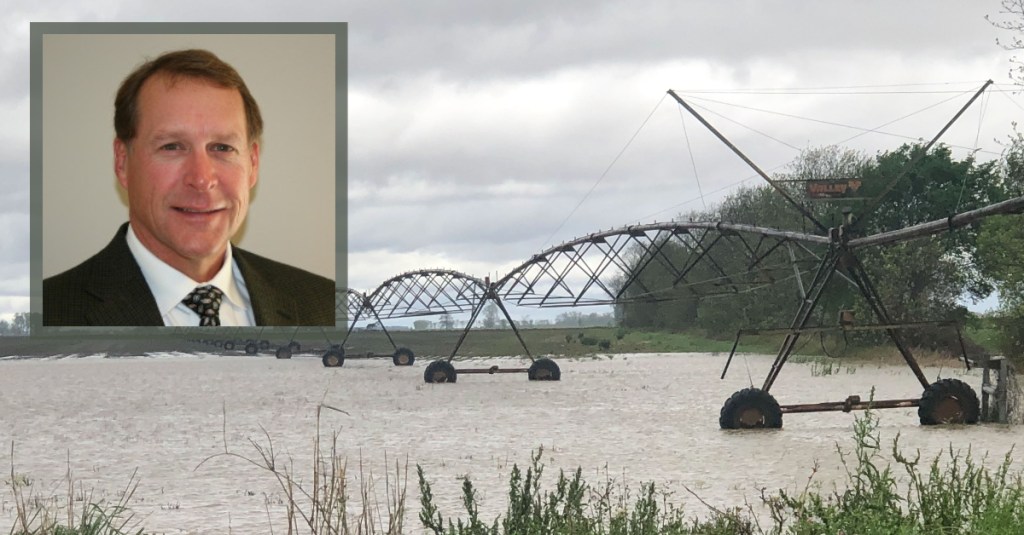 Mississippi Levee Board Commissioner Paul Hollis, of Rolling Fork, is a first-generation farmer — and as a rule, he says it’s lost on outsiders just how important agriculture is to the South Mississippi Delta way of life.

Agriculture touches everything, in some shape or fashion. It influences the people, it provides in more ways than one, it affects the businesses that surround the area and, in an area with no four-lane highway or alternative industry, it’s just about the only way one can make a living.

Hollis said he relies on a tried-and-true example to illustrate just how different the South Delta can be from other parts of the state.

“We are 40 miles from a Walmart. That really hits home for a lot of people who don’t understand just what a rural area we live in,” he said. “We’re fortunate in Rolling Fork, we do have a Dollar General and a Family Dollar, and we do have a grocery store.

“I think when you think about the fact that we’re kind of different than any place in the Delta — you can take any other town in the Delta and they’re close to a Greenwood, Greenville, Indianola, Clarksdale — we’re really kind of down here on an island,” he added. “It’s not just Rolling Fork; it’s really from Hollandale south and over to Holly Bluff, northern Warren County, Issaquena. It’s all affected by that same proximity to anywhere else.”

In addition to the remote location of the South Delta when compared to cities like Jackson, Laurel or Vicksburg, the other stark difference, Hollis said, is the area is dependent on agriculture and agriculture alone.

He posited that it’s by design, in a way. The area has no four-lane highway or rail access. Many of the roadways are in various states of disrepair if they’re paved at all. The area is plagued with floods — which makes it cost-prohibitive to constantly repair roads and, Hollis said, serves as a further deterrent for any industry outside of agriculture to locate there.

“We are lacking the infrastructure for any industry to want to move in. They want a four-lane (highway), they want a rail or they want a port. And we have none of that,” he said. “… What if you told the citizens of Hinds County, ‘We’re going to give you one industry, and that’s all you’re going to have in this whole county and you’ve got to survive with that one industry — and by the way, it may not operate every year through no fault of your own.’

“I think people think over on the other side of the tree line, we’ve got a factory back there making something. They don’t realize agriculture is all we have, and it goes back to that lack of infrastructure.”

No Jobs, No Workers

Another direct result of the last century of floods in the South Mississippi Delta — and the way the incomplete Yazoo Pumps Project has further exacerbated backwater flooding — is population loss.

Hollis has lived in Rolling Fork since 1979 and is a former Delta Council president. He has also farmed the same tracts of land since 1988, following a nine-year stint running a cotton gin. Between farming and the gin, he has employed dozens of people over the last 40-plus years.

Changes in agricultural technology and population loss heavily contribute to the number of people needed to work on a farm the size of Hollis’s, which primarily produces corn and soybeans.

“As agriculture has progressed over my farming career, (when I started farming) we had 16 people on the payroll,” he said. “Now, I farm this same acreage with three people and sometimes part-time high school kids. And it’s because of the size of the equipment and to make yourself more efficient.”

On the note of large-scale farming in the South Delta, Hollis said he takes issue with arguments against the Yazoo Pumps Project that attack farmers and the agriculture industry.

He also said detractors bolster their arguments with misconceptions about the way the government works with farmers and about what “corporate farming” really means.

“There’s things that really aggravate me that people that are opposed to these pumps love to throw out. One is that they say we want these pumps so we can expand agriculture and receive more government subsidies — and they say this is all because of corporate farming,” Hollis said. “Well, truth be known, and in my opinion, ‘corporate farming’ is a farm in the San Joaquin Valley or South Florida that grows asparagus for Walmart. These are family farms. I don’t care if they farm 500 acres or 5,000 acres.”

Hollis also said that, in the last two years, government subsidies have been slim to none due to sufficient commodity prices for agricultural products like corn, soybeans, cotton, livestock and more.

He attributed this to the 2018 Farm Bill.

“To understand that, for people that don’t know, is that when commodity prices become depressed and we’re competing in a world market where most all other countries subsidize their farmers, this is a safety net for us to get up to a level that, maybe we don’t lose money,” Hollis said. “It’s not like you can say, ‘I’m going to go farm and the government’s going to send me a check.’ It does not work that way.

“I know this is true for me, and true for so many people that farm, I would much rather farm in a year where I have good commodity prices than a year where I have to rely on the government for subsidies,” he added. “Any year I’ve received subsidies, all it did was help me try to get from one year to the next. Pardon the pun for flooding, but that argument — it doesn’t really hold water, when you think about how all that works. It’s really unfair that they continue to say that.”

Hollis said the “razor-thin” profit margins for modern farming in the South Delta were made even thinner during the Yazoo Backwater Flood in 2019.

The evidence lies in the impact that seven months of no farming and millions of dollars’ worth of destroyed crops and farm equipment had on a place like Rolling Fork.

“In Rolling Fork, up until the 2019 flood, they had seen an increase from 4 to 5 percent in sales tax. For the 2019 (fiscal) year, their sales taxes were flat,” he said. “When you’ve seen a steady increase and then it goes flat, then you are going to see some loss there.”

For example, Hollis spoke about the John Deere dealership in the town, which is part of Mississippi Ag Group. The store was able to stay open throughout the floods in 2019 and 2020, and its operators were even able to defer payments for financed farm equipment for an additional year during that time to help farmers while their fields were underwater.

“I asked (the Mississippi Ag Group), did the Rolling Fork store show a loss in 2019? And they told me the people most affected in 2019 were the technicians that work in the back of the shop,” Hollis said. “The guys who keep the tractors going. Those guys didn’t have the hours and pay they usually do.

“In our community, everyone is touched by it in one way or another. They might not have a farm, but we truly have that trickle-down effect and we have seen it even in non-flood years,” he added. “If commodity prices are good and the farmers are making money, the whole community does good. And if they’re not good, the whole community has to tighten their belts and make it through.”

Of the 548,000 acres of land that flooded in the South Mississippi Delta in 2019, 231,000 acres were prime cropland, according to the Mississippi State University Extension Service — a little over 42 percent.

As someone who’s been on the Levee Board since 2011 and who also makes a living through farming cash crops, Hollis said the flood in 2019 was farther-reaching than the average person realizes.

“I farm close to the Sunflower River, on one of the farms I have. Just to give you an example of how the 2019 flood affected so many people, I farm north of Rolling Fork, a couple of farms I have, and then one up at Delta City,” he said. “In 2019, about a third of my farm, I could not farm because of flooding. From the southernmost point of my farm, through the Steele Bayou gates, it was 33.5 miles in a direct line from where I farm to those gates. That gives people perspective on how far-reaching that flood was, and I was by no means the most northern person in that flood.”

Hollis said, unfortunately, after the November 2021 veto of the Yazoo Pumps Project, he doesn’t see much change coming to the South Delta.