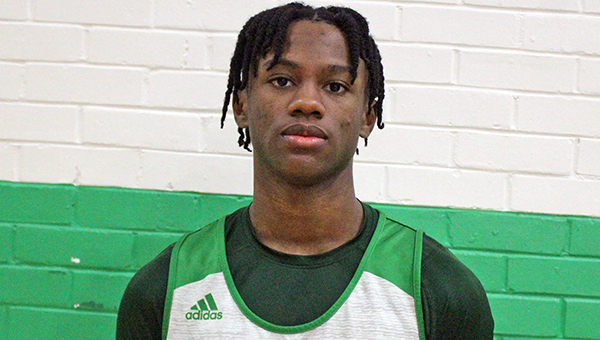 Vicksburg High basketball player Jaylin Jackson scored 12 of his 15 points in the second half to lead the Gators to.a 60-55 victory over Clarksdale on Monday in the MLK Day Classic in Jackson.

JACKSON — A holiday break didn’t keep the Vicksburg Gators from putting in some extra work and extending their winning streak.

The Gators (21-2) won their eighth game in a row. Their 21 wins — with five regular-season and at least two postseason games remaining — are the most for the program since the 2010-11 team finished 27-4. That group of Gators reached the MHSAA Class 6A championship game, and this one is certainly taking on the appearance of a contender for the 2022 Class 5A crown.

The Gators increased a slim four-point halftime lead to 10 with a big third quarter against Clarksdale (11-7). Jackson and Michael Johnson each hit a 3-pointer and scored seven points in the period.

Jackson also made five free throws in the fourth quarter to help the Gators close it out.

Vicksburg played its first game in a very busy week. It will turn right around to face Region 3-5A rival Callaway at home on Tuesday, and then take another road trip to Jackson to play Provine on Friday night.