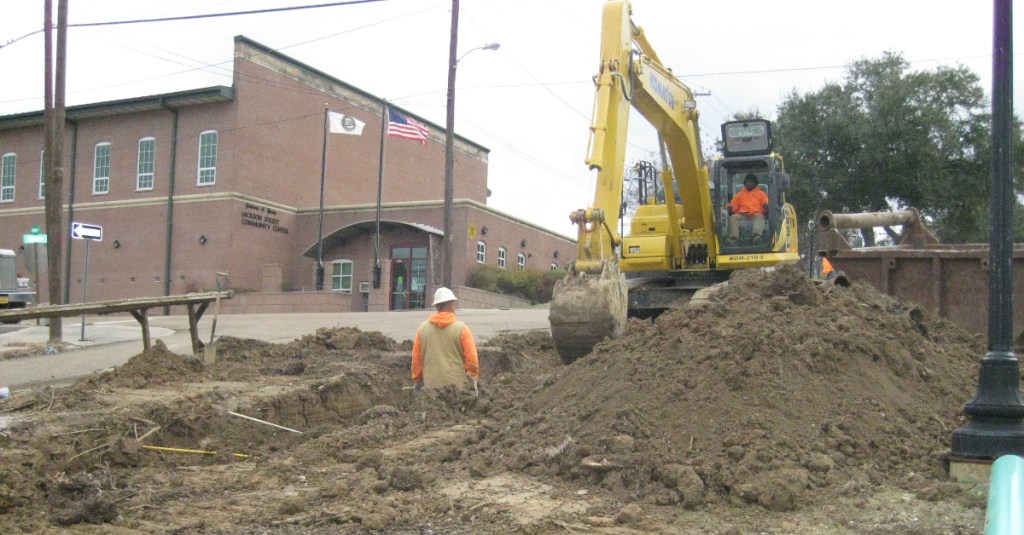 An employee for Greenbriar Digging Service of Brookhaven uses a track hoe to remove dirt from a trench in the middle ground on Jackson Street in preparation to install a new sewer line to replace a damaged line. Greenbriar has a contract with the city to repair or replace damaged sewer lines on Jan. 13. (Photo by John Surratt | The Vicksburg Post)

Increased project costs involving repairs and upgrades to Vicksburg’s 115-year-old sewer system have forced city officials to make changes in a loan agreement with the Mississippi Department of Environmental Quality.

According to the loan document, the monthly payments will be withheld for DEQ by the Mississippi Department of Revenue from the city’s monthly sales tax disbursements.

The loan is one of several the city has made through DEQ’s Water Pollution Control Revolving Fund Loan Program, which provides low-interest loans to cities, water districts, counties and wastewater authorities for wastewater treatment and collection facilities and pollution control projects.

The board in May 2018 applied to get on the state’s priority list for a loan to meet the requirements of an Environmental Protection Agency consent decree after tests determined raw sewage was allowed to flow into local streams and the Mississippi River.