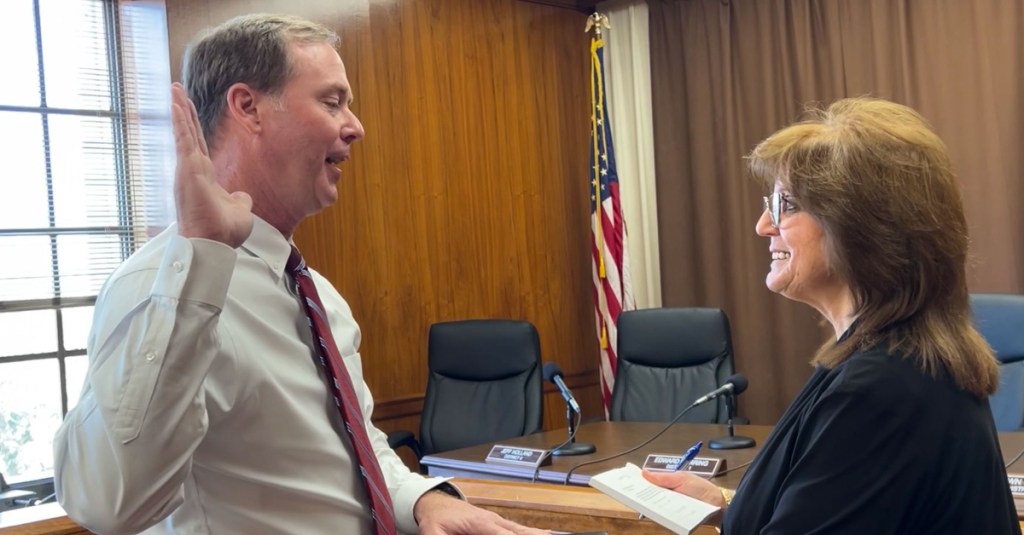 In a unanimous decision, the Warren County Board of Supervisors appointed Randy Lewis to fill the vacant Northern District Justice Court Judge position on Tuesday morning.

The decision came after the Board reviewed applications of 11 individuals for the position that was left vacant by former Justice Court Judge Edwin Woods Jr., who was first elected in 2003 and resigned from the post in December 2022. The decision to appoint Lewis to fulfill the remainder of Woods’ term — approximately one year — is one Board President Kelle Barfield said made sense given his background.

“Our three justice court judges play a vital role in Warren County’s court system,” Barfield said. “We had a number of qualified residents in Warren County express their interest to serve and that says a lot about the spirit of community here, that so many would be willing to step up and devote their time to this role.

“Ultimately we decided that Randy Lewis’s background in law enforcement with the sheriff’s office gives him a lot of valuable insights into the role,” she added. “In addition, the fact that he’s now retired allows him to fully devote attention to this role.”

Lewis is a past Law Enforcement Officer of the Year award recipient and holds a number of professional certifications in the law enforcement field. He also oversaw the implementation of a data management system and a virtual training program for the Warren County Sheriff’s Office prior to his retirement.

“I’d like to thank the Board of Supervisors for their confidence in me in fulfilling the appointment. I’d like to thank my family and friends for supporting me as I submitted this application,” Lewis said after taking the oath of office. “I enjoyed my years of service with the sheriff’s office, and look forward to serving the community in a slightly different way as the Northern District Justice Court Judge.”

The three justice court judge positions were elected to a four-year term that began in 2019. The offices will be up for election in 2023, with the qualifying period for candidates ending on Feb. 1 at 5 p.m. Lewis did not say whether he intends to run for election to this position, or if he will only serve the remaining year of the current term.

A person does not have to be a lawyer to serve as a justice court judge. The salary of a judge is set by state statute and based on population.