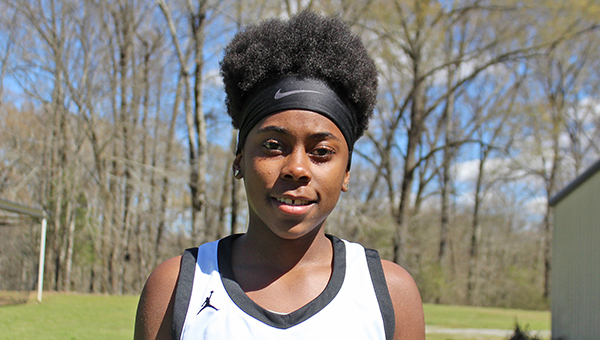 Porter's Chapel Academy basketball player Tiara Sims scored 32 points in a 47-33 victory over Benton Academy on Tuesday. PCA clinched the No. 1 seed for the MAIS DIstrict 3-3A tournament with the victory.

Porter’s Chapel Academy earned the first of what it hopes will be several championships this season.

Tiara Sims finished with 32 points and four steals, and the Lady Eagles defeated Benton Academy 47-33 on Tuesday to earn the No. 1 seed for the MAIS District 3-3A girls’ basketball tournament.

The district tournament begins Jan. 31 at Benton Academy, and the Lady Eagles (11-5, 6-2 MAIS District 3-3A) are red hot as the postseason approaches. Tuesday’s win was their sixth in a row.

Callaway 71, Vicksburg 65
Callaway surged past Vicksburg High by scoring 28 points in the fourth quarter, and handed the Missy Gators their first loss in nearly a month.

Vicksburg (19-5, 4-1 MHSAA Region 4-5A) had an eight-game winning streak snapped and fell into a tie for first place in the league standings with Callaway (18-5, 4-1). The Lady Chargers avenged an earlier loss to Vicksburg and won their fifth consecutive game.

Layla Carter finished with 22 points and nine rebounds for Vicksburg. Janiah Caples had 13 points and eight rebounds, Cynia Johnson scored 12 points and JaNa Colenburg had 11. The Missy Gators had two players foul out and three others finish the game with four fouls.

Vicksburg will go on the road Friday at 6 p.m. to play Provine.

Warren Central will play at Pearl on Friday at 6 p.m.