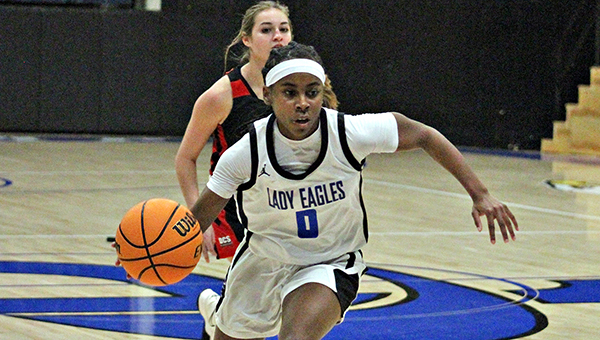 Porter’s Chapel Academy’s basketball program started to reap the rewards — and awards — from a great season.

Tiara Sims was named the MAIS District 3-3A MVP, and coach Casey Fisher the girls’ Coach of the Year, in voting by the league’s coaches.

Sims has scored 27 points or more in eight consecutive games. She scored 32 in a 47-33 victory over Benton Academy on Tuesday that clinched the regular-season district championship for the Lady Eagles. PCA will be the No. 1 seed in the District 3-3A tournament that begins on Jan. 31.

Fisher coaches both PCA’s girls and boys teams. The boys have a 12-5 record and will likely be the No. 2 seed in the district tournament, but Fisher was honored for his work with the girls.

The Lady Eagles only have five varsity players, yet have compiled an 11-5 record.

All five of PCA’s girls’ starters were named to the all-district team. Sims, Anjel Walton and Hannah Henderson were on the first team, while Sophie Masterson and Marley Bufkin were honorable mention selections.