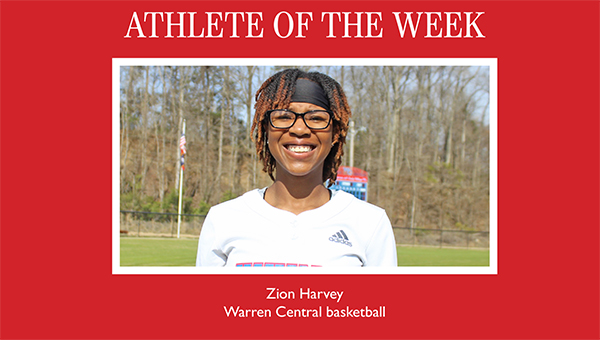 Zion Harvey helped Warren Central’s girls’ basketball team get off to a fast start in region play, and reaped another reward as The Vicksburg Post’s Athlete of the Week.

Harvey, a sophomore guard, had 19 points and six steals in a 52-38 victory against Terry on Jan. 13. She also had eight points in a win over Pearl on Jan. 6, to help the Lady Vikes win their first two games in MHSAA Region 6-6A.

Congratulations to Zion and the other nominees, and thank you to our readers for voting.