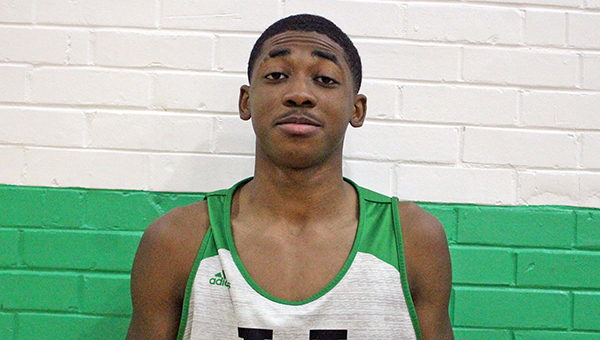 Vicksburg High's Davian Williams scored 21 points in a 68-59 win over Provine on Friday.

JACKSON — The Vicksburg Gators checked off the first box on their postseason to-do list on Friday night.

Davian Williams made three 3-pointers and scored 11 of his team-high 21 points in the third quarter as the Gators beat Provine 68-59 in a showdown of two teams ranked in the top 10 in Mississippi boys’ basketball.

Vicksburg has three regular-season games remaining — at home vs. Forest Hill on Jan. 24 and Jim Hill on Jan. 27, and at Clinton on Feb. 3.

Rakeem Davis added 11 points for the Blue Waves and Daniel Hedrick scored seven. Brown had eight of his points in the fourth quarter, including the buzzer-beating game-winner as time expired.

Girls
Vicksburg 70, Provine 22
The Vicksburg Missy Gators bounced back from a rare loss by taking out some frustration on Provine.
Vicksburg outscored Provine 41-3 in the first quarter and rolled past the winless Lady Rams (0-15, 0-4 MHSAA Region 4-5A).

Layla Carter finished with 14 points and five steals, and Kierra James had 12 points.

Vicksburg’s starters shot 28-for-45 (62.2 percent) from the field, despite only playing about two quarters.

Vicksburg had an eight-game losing streak snapped in its previous outing against Callaway. It can secure at least the No. 2 seed for the Region 4-5A tournament by beating either Forest Hill or Jim Hill in its last two region games.