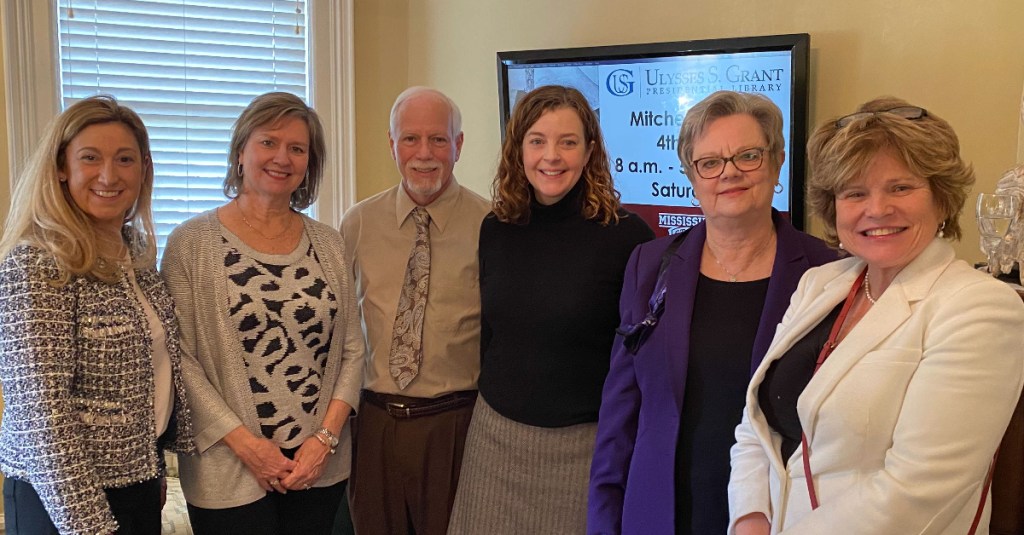 The Sampler Antique Club of Vicksburg hosted its monthly meeting on Jan. 13 at the home of Mary John and Easy Biedenharn.

The featured speaker was Dr. Anne E. Marshall, associate professor of history and the executive director of the Grant Presidential Library and the Grant Association housed in the Mitchell Memorial Library at Mississippi State University.

The U.S. Grant Presidential Library has assembled an amazing collection of artifacts from the famed civil war general and president, along with one of the largest collections of Abraham Lincoln memorabilia in the world. This state-of-the-art museum is one of only six on-campus presidential libraries providing extraordinary access to the lives and careers of two of America’s greatest leaders.