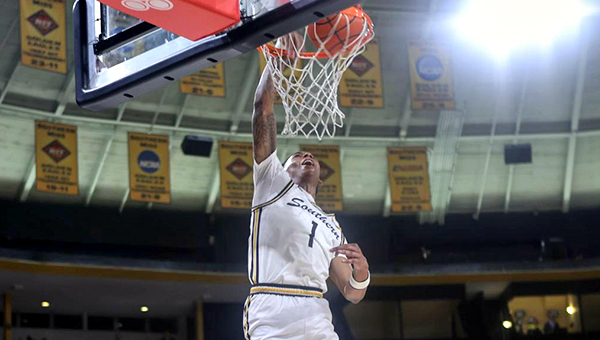 Haase finished with 18 points. He converted a three-point play with 59 seconds remaining that gave the Golden Eagles (16-4, 5-2 Sun Belt Conference) the lead for good, as well as two free throws after that to help them seal it.

Haase also hit a 3-pointer with 5:34 to go to help Southern Miss keep pace with South Alabama (8-11, 2-5) during a back-and-forth battle in the second half. Haase had six rebounds and five assists to go along with his points.

South Alabama’s last lead came with 6:41 remaining, at 62-60, following a layup by Isaiah Moore. The game was tied at 70 when Haase was fouled on a layup and added the free throw to put the Golden Eagles ahead to stay.

Four of Southern Miss’ five starters scored in double figures ­— Crowley, Haase, DeAndre Pinckney (18) and Denijay Harris (11). Harris also had nine rebounds. The Golden Eagles went 19-for-21 at the free throw line, including 13-for-15 in the second half.

Southern Miss began a four-game home stand following a four-game road swing, and returned to a raucous crowd at Reed Green Coliseum. The 4,128 fans in attendance were the most since 2019.