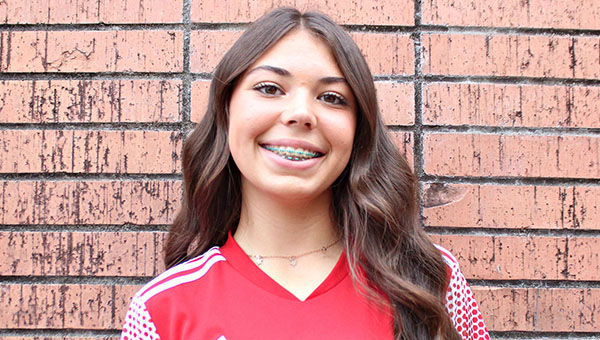 Warren Central soccer player Jordan Polk scored her team's only goal in a 6-1 loss to St. Martin in the first round of the MHSAA Class 6A girls' soccer playoffs on Friday.

In one blinding blitz, Warren Central’s girls’ soccer season came to a swift and sudden end.

St. Martin scored five goals in the last 17 minutes Friday, and defeated Warren Central 6-1 in the first round of the MHSAA Class 6A playoffs.

Jordan Polk had the Lady Vikes’ goal on a free kick, following a hard foul that led to a red card for the St. Martin defender. The score was tied 1-1 for most of the second half, until St. Martin blew it open late.

“We have to make sure we stay in the game mentally,” Warren Central coach Jeremy Lawrence said. “When we went down by two we just mentally quit. We still have lots of young players and we are still growing and learning. We just have to bounce back better than ever.”

Warren Central finished its season with a 5-11 record, and reached the playoffs for the first time since 2019. The Lady Vikes have not won a playoff game since 2005.

St. Martin (9-5-2) advanced to face Region 6-6A champion Brandon in the second round on Tuesday.