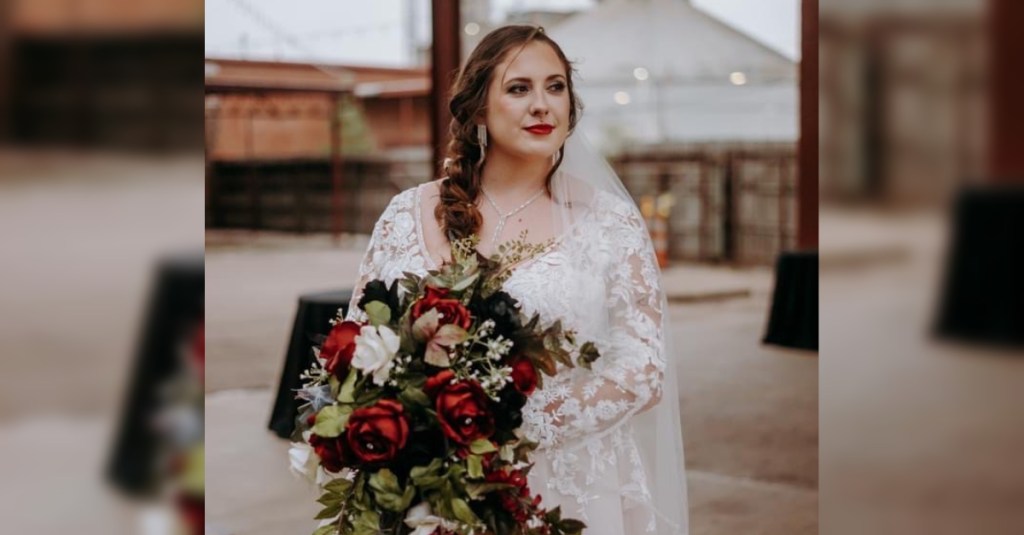 John “Diddle” Young and Bethany Johnson, both of Vicksburg, were married at 6 p.m. Nov. 19, 2022, at The Carriage House at Levee Street.

John “Diddle” Young and Bethany Johnson, both of Vicksburg, were married at 6 p.m. on Nov. 19, 2022, at The Carriage House at Levee Street.

The bride is the daughter of Jimmy and Beverly Johnson of Vicksburg. She is the granddaughter of Jerry and Ann Wolfe of Bastrop, La., the late Jimmie Johnson Sr. of Vicksburg, and the late Madonna Mathis of Tallulah, La.

The groom is the son of Nettie Young of Ruston, La. He is the grandson of Betty Jo Young and the late Larry Young of Tallulah, La. and Niki Thames of Vicksburg.

The bride was given in marriage by her parents, Jimmy and Beverly Johnson. Her chosen colors were burgundy, black and green.

The best man was Brady Smith. The groom’s attendants were Lily Pierson, Joel Henderson and Ashlea Raney. Hunter Blok served as an usher.

Scarlett Pierson served as the flower girl and Jasper Johnson was the ring bearer.

A reception followed at The Carriage House at Levee Street.

The bride is a 2015 graduate of Warren Central High School and a 2017 graduate of Hinds Junior College. The groom is a 2016 graduate of Delhi Charter School. He is employed as a tankerman for Canal Barge.