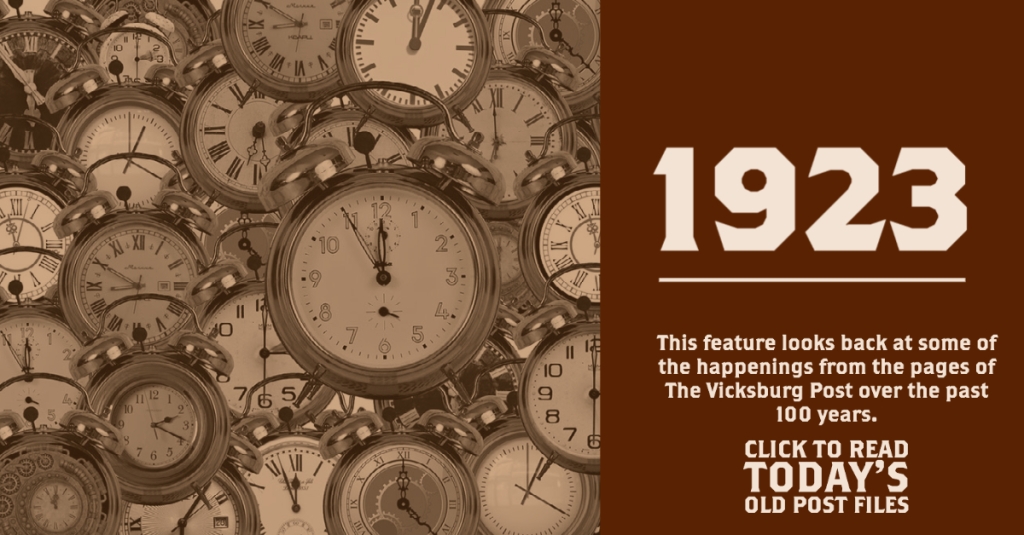 Mrs. Charles Hibou is improving from a serious illness. • Herbert Cloch is ill at the Sanitarium. • Mrs. Dave Laudenheimer sings at the Anshe Chesed Temple.

Molly Boa, Carol Cesare, Lee Ann Evans and Mary K. Lawler, all of Vicksburg, are initiates of Phi Mus at the University of Mississippi. • Angelia Johnson, a junior at Vicksburg High School, is the featured speaker during the Annual Student Day Program at Jackson Street M.B. Church.

Vicksburg Firefighter David Edwards checks the area after putting out a small fire in the bushes next to the Eastview Apartments Building 7 off Baldwin Ferry. • A Facebook threat of a shooting at Warren Central High School had deputies “having more of a presence than usual” at the high school. • The case of three people accused of a midafternoon abduction and robbery of a 76-year-old is among the more than 100 cases expected to be presented to the Warren County grand jury.