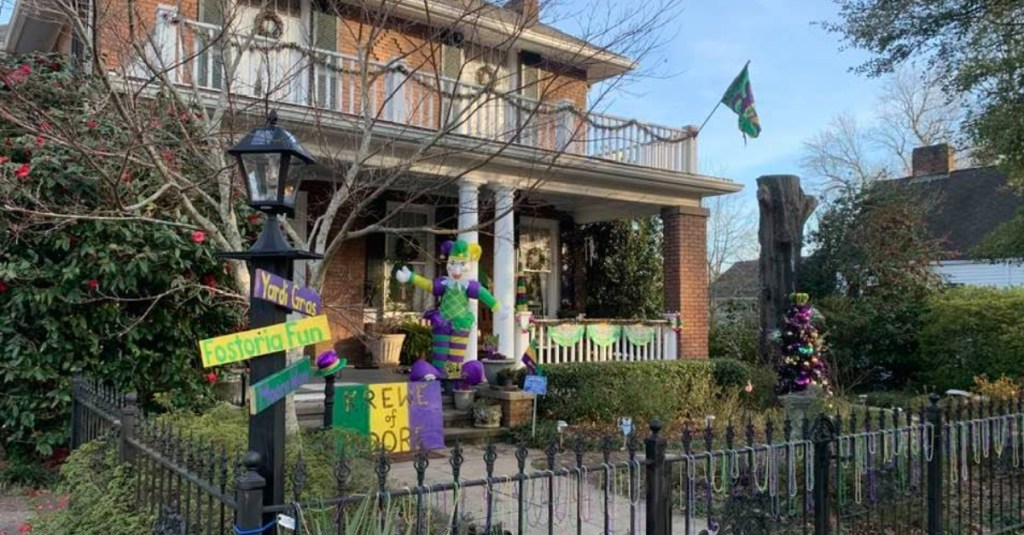 Due to the inclement weather forecast for Sunday, the third-annual Yardi Gras in Historic Fostoria has been rescheduled for Saturday.

Inspired by house floats in New Orleans, Yardi Gras is a Mardi Gras parade in reverse. Instead of spectators standing on the sidewalk watching floats pass by, homes in the neighborhood will be decorated and spectators will drive by.

“Instead of the floats going by and throwing things, people are going by giving donations to a non-profit and we (homeowners) in turn hand out beads and doubloons,” Moore said.

In the past two years, Moore said, donations have gone to the Storehouse Community Food Pantry and Friends of the City of Vicksburg Animal Shelter, respectively. The 2023 Yardi Gras will benefit Rainbow Farms Therapeutic Riding Center.