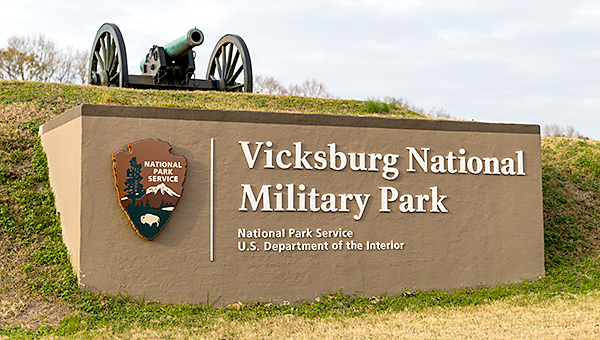 The National Park Service (NPS) will be conducting prescribed fires to manage vegetation in select areas of Vicksburg National Military Park from Thursday, Jan. 26 to Saturday, Jan. 28, depending on the weather.

Areas for prescribed fires will include large grassy areas in the South Loop, near the Illinois Memorial and Shirley House, the western slope of Fort Hill and along Graveyard Road. The area of prescribed burns will include approximately 113 acres.

National Park Service fire crews from the Mississippi River Fire Management Zone based in Tupelo and Vicksburg National Military Park staff will help conduct the burns. Prescribed fires allow fire managers to conduct a safe burn under optimal conditions with sufficient resources available to meet specific objectives for the management of battlefield resources. The overall objectives are to maintain the conditions of the battlefield as experienced by the soldiers who fought here; perpetuate the open space character of the landscape; maintain wildlife habitat, control invasive exotic species; reduce shrub and woody species components and reduce fuels in wooded areas to reduce fire hazard.

No prolonged road closures are anticipated. It is possible that smoke conditions might reduce visibility to a level that would require a temporary closure of limited areas to ensure public and firefighter safety. On the days of the burns, runners and walkers are encouraged to use alternative routes due to the potential for smoke inhalation. Up-to-date information on this and any other closures and fire activity will be posted on the park’s social media sites.

The timing of the prescribed fires is dependent on conditions within required weather parameters such as wind, temperature and relative humidity. The prescribed fires will be conducted from approximately late morning through the afternoon, followed by patrol and monitoring to ensure the fire is completely out.

A combination of hoses, mowed areas and fire engines will be used to create a buffer and fire break to protect monuments and other cultural resources. National Park Service staff will monitor air quality and smoke impacts as well as visibility on nearby roads.

This is part of the implementation of a new grounds management operations plan for the park. Large open grassy areas in the South Loop, near the Illinois Memorial and Shirley House, and along Graveyard Road were cleared of woody vegetation in 2012. Graveyard Road and Fort Hill have been maintained as open fields through a cyclic prescribed fire regime since that time.

This year, NPS is expanding the use of prescribed fires to include the South Loop and areas near the Illinois Memorial.