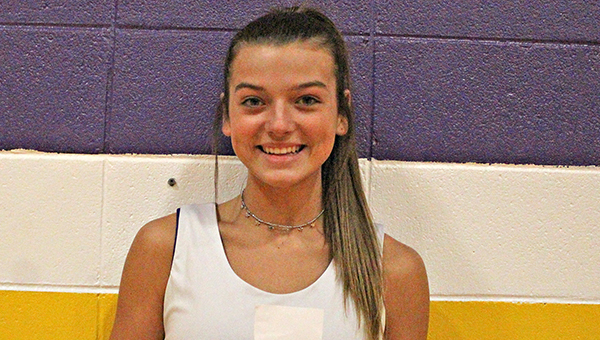 The St. Aloysius Lady Flashes finished their home schedule by putting together a winning streak.

McKenzie Cole scored a game-high 16 points, including 10 in the second half, and St. Al defeated Adams County Christian School 39-21 in a girls’ basketball game on Tuesday.

St. Al, which has only won five games this season, swept a pair of games on back-to-back days. It beat Discovery Christian 55-2 on Monday. The Lady Flashes play at Copiah Academy on Thursday to finish the regular season, and then begin the MAIS District 3-5A tournament on Feb. 4.

In the junior varsity game, Megan Theriot finished with 13 points to lead St. Al to a 33-29 victory. Farrell Roberson and Taryn Lusby had eight points each.

The Missy Gators built a 29-14 lead at halftime and were never threatened in the last two quarters.

Vicksburg won its second game in a row and for the 10th time in 11 games. It will host Jim Hill Friday at 6 p.m. for senior night.

Davian Williams scored 16 points for the Gators, Tyler Henderson had 14, and Jaylin Jackson made three 3-pointers to finish with nine points.

Kameron Brown scored 25 points for Port Gibson (13-5, 7-0 MHSAA Region 7-3A), which built a 13-point lead by halftime and then blew the game open by outscoring Jefferson County 22-9 in the third quarter.

Port Gibson’s Jaylen Hill scored eight of his 15 points in the third quarter. Darrel Hedrick had nine of his 13 in the second. Raheem Davis also added nine points for the Blue Waves, who host Wilkinson County Friday at 7:30 p.m.

Knoowledge Ragin scored a game-high 41 points for Jefferson County (3-11, 2-3), including 22 in the fourth quarter.