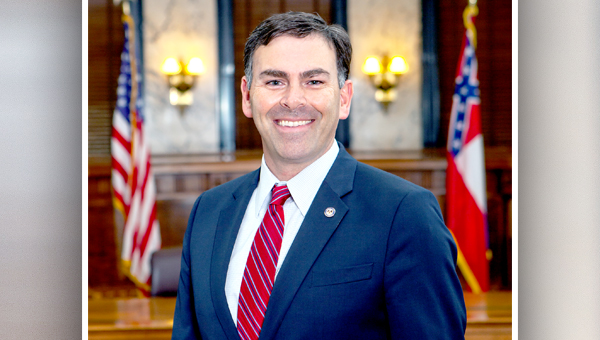 By EMILY WAGSTER PETTUS | Associated Press
JACKSON — Republican Michael Watson filed qualifying papers Wednesday to run for a second term as Mississippi secretary of state, ending speculation that he might instead challenge Gov. Tate Reeves in the GOP primary.

Watson had told The Associated Press on Monday that he would announce his intentions by early next week at the latest. At the time, he declined to say which office he would seek.

“While I believe Mississippi would be more prosperous with better leadership at the top, leadership that fostered teamwork as opposed to micromanagement, leadership that cared more for Mississippi than politics, I’m not at peace leaving the work we’ve started here at the Secretary of State’s office because there’s a lot more to be done,” Watson said in a statement Wednesday.

One Democrat, Shuwaski Young, has announced as a candidate for secretary of state. Watson is the only Republican running for that office so far. Republican incumbents in the other seven statewide offices, including Reeves and Lt. Gov. Delbert Hosemann, had already filed qualifying papers.
The secretary of state is Mississippi’s top elections official. The office also regulates charities and handles registration of corporations.

Watson has launched initiatives to empower businesses to combat human trafficking and has criticized proposals for the federal government to set new rules for voter registration and mail-in voting. President Joe Biden and other Democrats have called for legislation to expand access to ballots through updates to federal election laws.

Young worked as an external engagement coordinator for the U.S. Department of Homeland Security during the Obama administration. He ran unsuccessfully for a U.S. House seat in central Mississippi in 2022. He said he wants to make changes around early voting and online voter registration, but that would require approval from Mississippi’s Republican-controlled Legislature.
Feb. 1 is the qualifying deadline for statewide offices, state district offices, legislative seats and county offices. Party primaries are Aug. 8, with runoffs Aug. 29. The general election is Nov. 7, with runoffs Nov. 28.