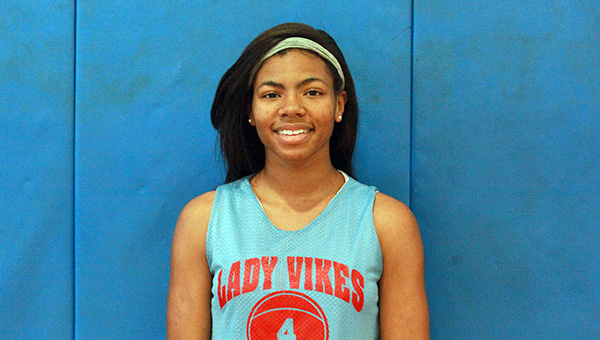 Kiara Lockhart scored 11 points to lead the River City Lady Thunder to a 41-34 victory over Lady BIQ in the opening game of the 2016 PrimeTime Sports National Basketball Championship tournament Thursday in Dallas. The Lady Thunder will play twice Friday in the pool play round.

DALLAS — The River City Lady Thunder went straight from the highway to the hardwood on Thursday.

After leaving in the morning and driving 300-plus miles to the PrimeTime Sports 2016 National Basketball Championship in Dallas, the Lady Thunder overcame a sluggish start to earn a 41-34 victory over the Lady BIQ from Plano, Texas, in its opening game.

The Lady Thunder, a team comprised of Warren County high school players, will play twice today in the pool play portion of the tournament. It will begin the elimination round of the 36-team tournament on Saturday.

Cosby said Lockhart was able to share the victory in the presence of her father, who lives in the area. Her brain moved quickly into processing the floor to make the right basketball play.

As a smaller team, the Lady Thunder’s game is centered on speed, and it was able to tear apart the Lady BIQ’s height. Cosby said he’s sure his team was outrebounded but told them to “just fly around.”

“If you catch yourself standing still, you’re doing something wrong,” he said.

At the end of the first half, the Lady Thunder was down 14-12. The Lady BIQ put up seven straight points out of the gate in the second half, but couldn’t move out of the Lady Thunder’s pressing defense, which tipped the scale in its favor.

The Lady Thunder took advantage of the free points awarded to them by going 14 of 15 from the free throw line. Lockhart was a perfect 5-for-5 and Fultz made 3 of 4 from the line.

D.D. Caldwell and Da’Sha McGloster are absent from the tournament, leaving the Lady Thunder with a short eight-player rotation, but the team is still bonding over the win.

“Right now they’re feeling good. I think they were ready to just be around each other after the game more than anything,” Cosby said. “That’s what it’s about, getting together and building a bond. They’re just enjoying the moment.”

The Lady Thunder is taking a much-needed rest before Friday’s doubleheader. It’ll play the Arkansas Lady Bears at 3:20 p.m., and the JAWS Skillz Lady Tigers at 5:40. If the Lady Thunder wins either game, it will finish first or second in its pool and advance to the championship bracket.

The third- and fourth-place teams in each pool will play in a consolation bracket.

When Michael Keyton started the Mississippi Heat Track Club in 2006, it was a hobby to keep up with his... read more