For Ferris, each photo tells a story 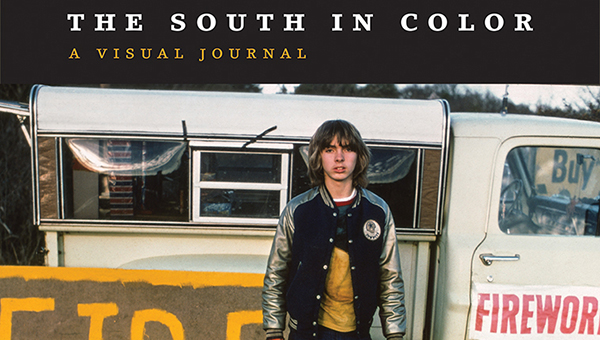 “The South In Color,” the latest book of photography by Vicksburg native William Ferris, features 100 color photographs of Warren County and Mississippi from the 1960s and 70s. (The University of North Carolina Press)

More than 40 years after he wandered through Mississippi snapping pictures of people and places, William Ferris says each picture teleports him back to that moment.

The smiles, the frowns. The heat, the cold. The buildings, streets, towns and people that made Mississippi such a special place to he and so many others.

“I remember every one of them. When you take a picture it imprints it in your memory and it all comes back. Each picture is a story,” Ferris said. “You remember the weather, the birds, the people, the conversation. Some people I knew intimately my whole life. Others I met for just a few minutes. But I remember them all.”

Ferris, a Vicksburg native who is an acclaimed folklorist and photographer, is now sharing those photos and stories in his new book “The South In Color.” It features 100 color photographs the now-74-year-old shot as a young man in the 1960s and 1970s.

“The South In Color,” published by the University of North Carolina Press, has a cover price of $35 and is available on Amazon.com and in bookstores everywhere.

The book includes photographs from across the South, but most are from Mississippi and many feature people and places in and around Warren County. This is the third book to feature Ferris’ photography, but he said the combination of color photos — his first two books had black-and-white pictures — and the connection to home made this his most personal work.

Ferris was born and raised in Vicksburg. He is currently the Joel R. Williamson Eminent Professor of History at the University of North Carolina at Chapel Hill, and is a former chairman of the National Endowment for the Humanities. In February, he’ll receive the Governor’s Award for Lifetime Achievement in the Arts at the Old Capitol in Jackson.

He’ll also return home later this month for a book signing at Lorelei Books, 1103 Washington St. in downtown Vicksburg. The signing will be Dec. 22 at 2 p.m.

Even though he’s traveled the world, Ferris said he enjoys coming back home to get back in touch with the place that so inspired him throughout his life.

“I keep coming back to them to recharge my batteries and reconnect. I usually come back four or five times a year, at least,” Ferris said.

“The South In Color” is another connection to the past — both Ferris’ and Mississippi’s. Among the photographs are his family members and friends, as well as residents and sites of Warren County. The first chapter opens with pictures of Rose Hill Church and its congregation before segueing into pictures of the family farm on Ross Road.

The rest of the book features portraits and scenes from other Mississippi towns. Most of the photos are from the mid-1970s and were digitally restored by a team of Ferris’ assistants.

The 100 pictures in the book were selected from an archive of nearly 6,000 that had never before been published. Ferris’ black-and-white archive contains about 80,000 images. He said the lower number, along with the fact that the color photos had not been seen publicly before, led to the decision to make his third book a collection of color photos rather than black-and-white.

“It began with the idea of doing a photography book, and I have 80,000 negatives in my collection. It was going to be a big effort to go through those,” Ferris said. “My friend Tom Rankin, who teaches at Duke, said, ‘Why don’t you do color? These have never been published, and you have about 6,000 images which would be easier to work with.’”

Ferris and his team spent about five years combing through the archive to narrow it down to the 100 photographs in the final version of the book. Of the ones that made the cut, Ferris said it was impossible to pick his favorite.

“It’s like your children,” he said. “By the time we narrowed them down to 100, there’s not a one that wasn’t a great photograph.”