Two ‘superheroes’ kept us safe during the storm 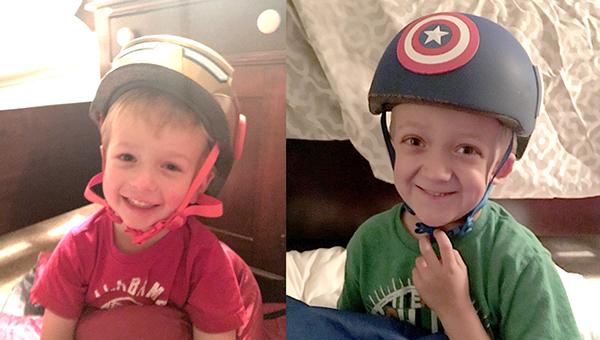 Worrying was not necessary Sunday evening as storms whacked the Vicksburg and Warren County area.

For me, I was under the watchful protection of both Iron Man and Captain America. To say I was protected, would be an understatement.

With my wife Stephanie and daughter Sarah Cameron traveling back from Meridian Sunday evening, it was left to me and my boys — Clayton, 5, and Fin, 3 — to ride out what was a pretty severe line of thunderstorms.

As I watched the news throughout the early evening, meteorologists kept focusing on this one particular cell. It was very strong, compact and had been tied to significant damage in Louisiana.

And, the meteorologists kept using the word Vicksburg.

“Vicksburg residents need to be very aware right now of this strong cell.”

“Those living in the Vicksburg area need to take precautions now, as this cell will be there in the next 15 to 20 minutes.”

“If you live in Vicksburg, you should be in your safe place now.”

After about the 15th warning, I got the two boys together, picked up some sleeping bags and two bicycle helmets on the way to our bedroom, the most central room in our house, away from most of the windows.

There, we watched a movie or two on Netflix, thumb-wrestled, acted as if dad was a horse in need of a good run around the track and a long list of other things to keep them — and me — distracted from what was going outside.

The helmets — one a Captain America-themed helmet and the other modeled after Iron Man — never left the boy’s heads as the worst of the storm blew over.

It was a little tip I picked up while living in Alabama and reading media reports after a tornado touched down, causing severe damage and injuries.

But, through the reports, details emerged of children, who had worn their bicycle helmets in the storm and who had come out mostly unscathed.

A simple thing, yes, but it was something that stuck with me and came racing back to me as word of a possible tornado was being reported.

When it comes to Mother Nature and the damage she can cause, we cannot do much. In the face of severe weather, we can pray, we can take as many precautions as we can, and we can hold each other close.

I believe I was doing all three with gusto Sunday evening.

A complete storm preparedness kit includes such things as batteries, flashlights, bottled water and the like. But, in our house, it also now includes Captain America and Iron Man.

Tim Reeves is publisher of The Vicksburg Post. Email him at tim.reeves@vicksburgpost.com.