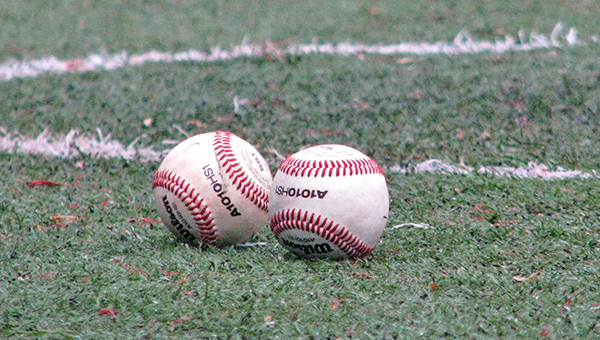 STARKVILLE — Mississippi State found its footing after a lost weekend by doing what it does best.

Jake Mangum and Cody Brown each had RBI singles in the eighth inning to cap the Bulldogs’ comeback from a five-run deficit as they beat Troy 10-8 Tuesday night at Dudy Noble Field.

It was the 22nd comeback win of the season for Mississippi State (34-19), and erased some of the bitter taste left over from losing a Southeastern Conference series at Georgia over the weekend.

Mississippi State will finish the regular season with a three-game series at home against LSU beginning Thursday night.

“That was a big win for this team,” Mississippi State coach Andy Cannizaro said. “We needed some momentum going into this weekend. This game epitomizes what this team is all about. They landed some punches early. We landed some punches late. It was a really good come-from-behind win.”

Mississippi State trailed 5-1 in the third inning, and 8-3 in the fourth. The comeback included two runs in the fourth inning, three in the sixth, and the two final scores in the eighth inning.

Mangum went 3-for-5 with three RBI singles, while Brown and Brent Rooker drove in three runs apiece. Rooker was 2-for-2 with a double, two walks and two runs scored.

Rooker doubled in two runs in the sixth inning and then scored on a single by Mangum to tie it up at 8.
Ryan Gridley started the winning rally in the eighth inning with a one-out single. Rooker followed with a walk, and then Mangum singled up the middle to plate Gridley with the go-ahead run.

Rooker was thrown out trying to advance to third on Mangum’s hit, but Brown followed with another single to bring in Mangum with an insurance run and a 10-8 lead.

“The coolest thing about this baseball team is they never quit,” Cannizaro said. “They keep fighting. If you are going to beat us, you are going to have to play nine full innings. Troy has an outstanding team. We just kept coming. I am proud of how we fought for nine innings.”

The Bulldogs’ bullpen shut out Troy (30-22) over the final five innings. Parker Ford settled things down in relief before giving way to Trey Jolly (3-1), who picked up the win. Ford allowed two runs in three innings of work, while Jolly had three strikeouts and didn’t allow a baserunner in 2 1/3 innings.

Riley Self retired the side in order in the ninth inning with a pair of strikeouts for his fourth save.

“It was a disappointing loss,” Troy coach Mark Smartt said. “They’re a good offensive team, but when you have a lead in the sixth inning you have to win. We had plenty of chances and there’s plenty to build on headed to South (Alabama) this weekend.”