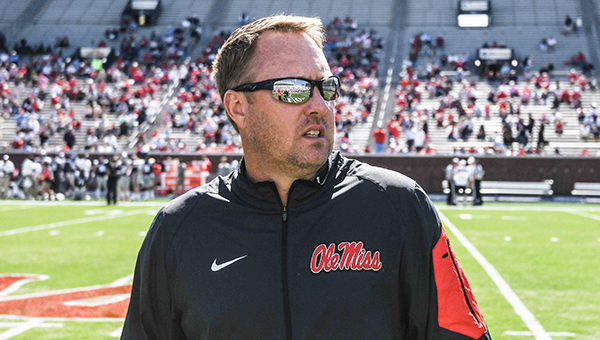 The Rebels will kick off the 2018 season against Big 12 foe Texas Tech in the AdvoCare Texas Kickoff in Houston. The game will be played at NRG Stadium, the home of the NFL’s Houston Texans.

It will be the sixth game between the two schools. Ole Miss has a 3-2 advantage in the series, including a 47-34 victory in their last meeting in 2009 at the Cotton Bowl.

The 2018 game will be the sixth edition of the AdvoCare Texas Kickoff, and the first appearance for Ole Miss in the event.

LSU and BYU are scheduled to meet in this year’s matchup on Sept. 2.

“We are excited to be part of this great event and play a tradition-rich opponent like Texas Tech,” Ross Bjork, Ole Miss Vice Chancellor for Intercollegiate Athletics, said in a school release. “In our scheduling process, we seek out marquee matchups at premier venues, and this is a tremendous opportunity to showcase our program on a grand stage.”

Adding the game with Texas Tech satisfies a Southeastern Conference rule that teams play at least one Power Five conference opponent — from either the Big 12, Pac-12, Atlantic Coast Conference or Big Ten — as part of their non-conference schedule.

Ole Miss will play at California this season and then host the Bears in 2019. It has one date left open in 2020 and 2021, and has reportedly been in talks with Baylor about a potential matchup.

Ole Miss’ non-conference schedule for 2018, meanwhile, is now full. It will host Southern Illinois, Kent State and Louisiana Monroe in addition to the neutral-site matchup with Texas Tech.

Ole Miss also announced other games in future seasons, including a 2019 home game against New Mexico State and a 2020 home game against Middle Tennessee. The Blue Raiders will receive a payout of $1.5 million for playing the game in Oxford.

Another tie in Miss Mississippi preliminaries