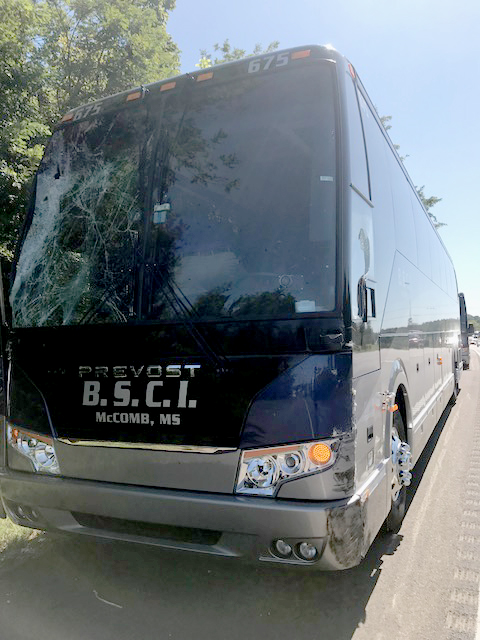 Members of the Alcorn State University football team were involved in an afternoon wreck in Vicksburg on I-20.

A charter bus carrying the Alcorn State University football team to Birmingham, Ala. for their game against Florida International was involved in a wreck on Interstate 20 in Vicksburg Thursday afternoon.

The accident occurred at 2:30 p.m. Thursday near the on-ramp from US 61 South when a Chevrolet Tahoe crossed into the lane where the bus was traveling. Vicksburg Police Department officer Russell Dorsey said the Tahoe swerved to avoid a vehicle in front of it that had slammed on its brakes, causing it to hit the bus.

Dorsey said no members of the Alcorn football team were injured in the crash, but they did have to switch buses due to the damage.

Occupants of the Tahoe complained of pain following the accident, but none were transported to the hospital Dorsey said. VPD did not issue any citations from the accident.

The Braves were originally scheduled to play FIU in Miami this weekend, but the game was moved due to Hurricane Irma. The teams will face off at Legion Field in Birmingham Friday at 6 p.m.