Farmers’ market to mark return May 4 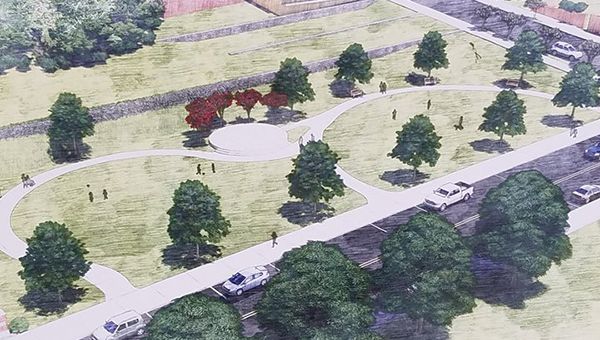 An artist’s rendering shows what the completed farmers’ market will look like when completed. The revamped market is at the corner of Washington and Jackson Streets. Below, construction crews continue their work on the project. The first day for the market is scheduled for Saturday, May 4.

The Vicksburg Farmers’ Market is growing something tremendously special this year.

Not only will it once again feature fresh fruits and vegetables when it opens Saturday, May 4, it will also this year debut a renewed venue at the corners of Washington and Jackson Streets.

Crews have battled significant wet weather during the construction process, but they are close to completing the nearly $150,000 project that will turn the former grass lot into a multi-use park, complete with sidewalks and a stage, and make it handicapped accessible. 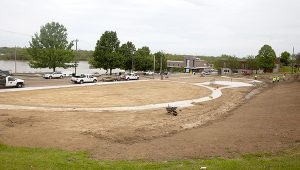 “We are so excited about the improvements,” said market manager Rebecca Tarver. “We had a number of people tell us over the years that they were not able to come to the market because it was not handicapped accessible. Now they will be able to come out.”

Tarver said the park will also pay homage to someone who will not be at this year’s market.

“I know how much she would have loved to have seen the new park and all of the improvements,” Tarver said of long-time Vicksburg resident and avid Farmers’ Market supporter Mary Louise Nosser who died in March. “We are still going to have tables out to play checkers just like she would have wanted.”

While some of the final touches of the market are still being completed, the market will set up out front of the park. But, once the park is completed, Tarver said the new layout of the sidewalks, will allow for a great experience.