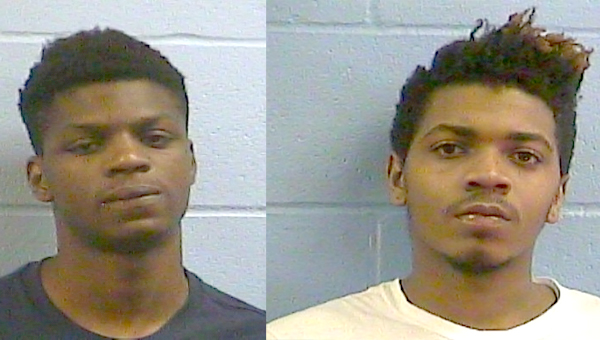 Jshon Lantez Ross, 19, and Keyaudre Cortez Fultz, 22, are wanted by Vicksburg Police for their reported involvement in a drive-by shooting Monday afternoon on Drummond Street. Police say both are considered armed and dangerous.

On Monday, Vicksburg Police responded at around 12:14 p.m. to a motor vehicle crash at the intersection of Drummond Street and Forrest Street.

The vehicle that crashed was a silver pickup truck, and according to officials the occupants of that truck left the scene on foot.

After the initial investigation, police learned there had been a shooting prior to the crash. Police learned a white car was chasing a silver mid-size pickup when the shooting occurred.

There were multiple shell casings collected from the street, and one house also was hit by gunfire.

It was learned the white vehicle, which was a Honda Accord, was driven by Keyaudre Cortez Fultz, also known as “Country Boy.” One of the passengers was Jshon Lantez Ross, known as “Scooter.”

Police also learned shortly after the shooting that Ross was taken to the Merit Health River Region Medical Center with a gunshot wound to the upper body, where he was treated and released.

Police are now searching for Ross and Fultz, who are considered armed and dangerous.

If anyone has information on the whereabouts of these individuals, please call Crime Stoppers at 601-355-8477.