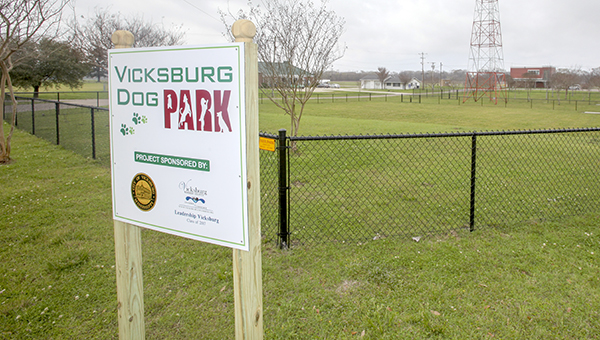 The city's dog park, located at the city airport on U.S. 61 South, will be closed through the end of the week as a quarantine has been extended at least through Friday. (File Photo)

The two-week quarantine and closure of the city of Vicksburg’s Animal Shelter and the dog park on U.S. 61 South near the city’s airport will be extended a few more days.

The shelter and park were closed for a minimum of two weeks in mid-May following an outbreak of kennel cough.

During the quarantine, the shelter did not accept any animals or handle any adoptions.

But, according to Animal Control supervisor Kacie Lindsey, a dog that was received through court order just one day after the quarantine started, began showing signs of the contagious illness this week.

“Right now, we are looking at staying closed through the end of the week,” Lindsey said. “We hope to be back open to the public Monday.”

Lindsey said the shelter does not have a choice when ordered by a court to take possession of a dog, and the dog has been on medication since Monday to treat the illness.

According to the American Kennel Club, kennel cough is a “highly contagious respiratory disease.” Symptoms are similar to a cold in humans — coughing, runny nose, sneezing, lethargy, loss of appetite and a low fever.

Dogs can spread it to one another through airborne droplets, direct contact or contaminated surfaces.

The AKC said kennel cough is highly treatable in most dogs but can be more severe in puppies younger than six months of age.