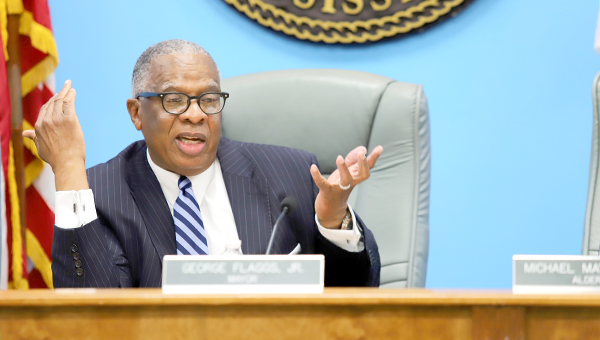 City employees, including the Board of Mayor and Aldermen, will get raises under a budget plan proposed by Mayor George Flaggs Jr.

The proposed fiscal 2020 budget will be reviewed by the board during the next two months. If approved, the raises will go into effect Oct. 1 with the start of the 2020 fiscal year. Budget meetings are expected to begin in mid-July. Under state law, the city must have its budget in place by Sept. 15.

“I’ve met with (finance director) Doug (Whittington) numbers of time on the money and the status of the money, and I met this morning with the HR director (Fermika Smith) and Doug.”

Flaggs said it was “absolutely necessary” to give the raises, “Because as you grow, there come growing pains, and I believe our employees have done a superb job in managing the budget, doing everything we’ve asked them to do, and I think it’s time to reward them.”

To ensure the funds are available for the raises, the board and the department heads will follow the policy Flaggs established when he took office in 2013 of setting the budget at 97 percent of the previous year’s total.

The city will continue the hiring freeze approved by the board in 2017, including creating new positions and reducing positions as employees leave or retire and no positing left vacant m,ore than 60 days will be funded.

The board must also maintain a fund balance equal to 25 percent of the total budget, and increase the city’s $3 million reserve by $300,000 using the savings from the reduced healthcare costs.

Flaggs said the pay raises will be funded using the city’s 2019 surplus.

4Increase the pay for division heads, mayor and aldermen, chiefs and deputy chiefs and municipal judge by 4 percent.

4Increase all other employees’ pay by 3 percent, excluding seasonal employees, part time, or any employee who hasn’t worked for the city for a minimum of 6 months

“This is one of the most fiscally responsible budgets I’ve had to deal with in my 30-something years,” Flaggs said. “It has safeguards in it because I would not spend the taxpayers’ money without having safeguards in it, and there are multiple safeguards in it.”